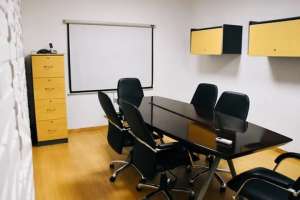 Summary dismissal, otherwise called instant dismissal, is reserved by the law in Australia for terminations of employment caused by the actions of an employee being so inconsistent with an on-going employment relationship as to constitute a repudiation by the employee of his or her preparedness to comply with the contractual obligations of an employee. The implications for the employer can be profound and include not being paid pay in lieu of notice or pro rata long service leave.
When is summary dismissal warranted?

“The power to summarily dismiss an application pursuant to s. 587 was considered by Deputy President Gostencnik in Rosa Resta v Myer Ltd 1 when he said as follows;

[39] The power of the Commission to summarily dismiss an application should be used sparingly and approached with caution. As Barwick CJ observed in General Steel Industries Inc v Commissioner for Railways (N.S.W.) and Others, ‘the jurisdiction summarily to terminate an action is to be sparingly employed and is not to be used except in a clear case where the Court is satisfied that it has the requisite material and the necessary assistance from the parties to reach a definite and certain conclusion’.

‘It is sufficient for me to say that these cases uniformly adhere to the view that the plaintiff ought not to be denied access to the customary tribunal which deals with actions of the kind he brings, unless his lack of a cause of action – if that be the ground on which the court is invited, as in this case, to exercise its powers of summary dismissal – is clearly demonstrated. The test to be applied has been variously expressed; “so obviously untenable that it cannot possibly succeed”; “manifestly groundless”; “so manifestly faulty that it does not admit of argument”; “discloses a case which the Court is satisfied cannot succeed”; “under no possibility can there be a good cause of action”; “be manifest that to allow them” (the pleadings) “to stand would involve useless expense”.

At times the test has been put as high as saying that the case must be so plain and obvious that the court can say at once that the statement of claim, even if proved, cannot succeed; or “so manifest on the view of the pleadings, merely reading through them, that it is a case that does not admit of reasonable argument”; “so to speak apparent at a glance”.

As I have said, some of these expressions occur in cases in which the inherent jurisdiction was invoked and others in cases founded on statutory rules of court but although the material available to the court in either type of case may be different the need for exceptional caution in exercising the power whether it be inherent or under statutory rules is the same. Dixon J. (as he then was) sums up a number of authorities in Dey v. Victorian Railways Commissioners (1949) 78 CLR 62 where he says (at p.91):

“A case must be very clear indeed to justify the summary intervention of the court to prevent a plaintiff submitting his case for determination in the appointed manner by the court with or without a jury. The fact that a transaction is intricate may not disentitle the court to examine a cause of action alleged to grow out of it for the purpose of seeing whether the proceeding amounts to an abuse of process or is vexatious. But once it appears that there is a real question to be determined whether of fact or law and that the rights of the parties depend upon it, then it is not competent for the court to dismiss the action as frivolous and vexatious and an abuse of process.”

Although I can agree with Latham C.J. in the same case when he said that the defendant should be saved from the vexation of the continuance of useless and futile proceedings (at p 84), in my opinion great care must be exercised to ensure that under the guise of achieving expeditious finality a plaintiff is not improperly deprived of his opportunity for the trial of his case by the appointed tribunal. On the other hand, I do not think that the exercise of the jurisdiction should be reserved for those cases where argument is unnecessary to evoke the futility of the plaintiff’s claim. Argument, perhaps even of an extensive kind, may be necessary to demonstrate that the case of the plaintiff is so clearly untenable that it cannot possibly succeed.’  (footnotes omitted)

[21] In Spencer v The Commonwealth of Australia (Spencer), 2 consideration was given to the meaning of the phrase, ‘no reasonable prospect’, in the context of s 31A of the Federal Court of Australia Act 1976. In that case the majority (Hayne, Crennan, Kiefel and Bell JJ) said the following:

“In many cases where a plaintiff has no reasonable prospect of prosecuting a proceeding, the proceeding could be described with or without the additional intensifying epitaphs like “clearly”, “manifestly” or “obviously” as “frivolous”,” untenable”, “groundless” or “faulty” but none of these expressions alone or in combination should be understood as providing a sufficient chart of the metes and bounds of the powers given by section 31A nor can the content of the word “reasonable” in the phrase, “no reasonable prospect” be sufficiently, let alone completely illuminated by drawing some contrast with what would be a frivolous, untenable, groundless or faulty claim.

Rather, full weight must be given to the expression as a whole. The Federal Court may exercise power under section 31A if, and only if, satisfied that there is no reasonable prospect of success. Of course it may readily be accepted that the power to dismiss an action summarily is not to be exercised lightly but the elucidation of what amounts to no reasonable prospect can best proceed in the same way as content has been given through a succession of decided cases to other generally expressed statutory phrases such as “just and equitable” when it is used to identify the ground for winding up of a company. At this point in the development of the understanding of the expression and its application, it is sufficient but important to emphasise that the evident legislative power as revealed by the text of the provision would be defeated if its application is read as confined to cases of a kind which fell within the earlier different procedural regimes.” 3

[22] I believe that the observations in General Steel Industries Inc v Commissioner for Railways (N.S.W.) and Others and Spencer are relevant to my consideration of the s. 587 application of Rich Glen before me.”