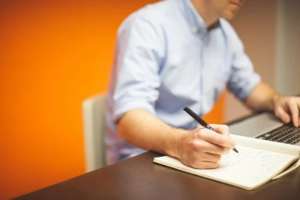 An employer who legitimately and lawfully renders an employee’s job redundant and terminates the employee’s employment as that terms is defined by the Fair Work Act has a complete jurisdictional defence to an unfair dismissal claim. However the concept of the “redundancy” or abolition of the job is a reasonably complex issue for many to understand. It is explained in the following passage from a Fair Work Commission decision in an unfair dismissal case.

[10] It is necessary to determine whether Colas no longer required the job of Mr Stever to be performed by anyone because of changes in the operational requirements of Colas’s enterprise. 1

[11] A job involves “a collection of functions, duties and responsibilities entrusted, as part of the scheme of the employer’s organisation, to a particular employee”. 2 Where there has been a reorganisation or redistribution of duties, the question is whether the employee has “any duties left to discharge”.3 If there is no longer any function or duty to be performed by that person, their job becomes redundant.4 For example, an employer may redistribute all the tasks done by a particular person between several other employees, resulting in the person’s job no longer existing.

[14] If a dismissal is found to be a genuine redundancy within the meaning of the Act, issues such as unfair selection procedures for redundancy are not relevant, because they go to the merits of the claim that the applicant was dismissed harshly, unjustly or unreasonably. 7

[15] Mr Stever disputes Colas’s contention that it no longer required his job to be performed by anyone because of changes in the operational requirements of Colas’s enterprise. Mr Stever contends, and I accept on the evidence, that for the last six years he has held the role of Site Supervisor, but for a considerable period of time prior to his dismissal there has been no Foreman working in the crew for which Mr Colas has been responsible; instead, Mr Stever has undertaken the duties and responsibilities of a Foreman, with some assistance from Mr Foran, a Spray Truck Operator, in addition to his duties and responsibilities as Site Supervisor at the Yarrabee depot.

[17] Mr Stever points to the fact that seven days before he was notified of his redundancy, Colas employed a Foreman at its Yarrabee Road depot, near Port Macquarie; seven days after Mr Colas’s redundancy, the new employee started his role as Foreman of the crew for which Mr Colas was responsible as Site Supervisor. Mr Stever contends that the newly appointed role of Foreman within the Yarrabee Road depot was a redundant role that was not needed. Mr Stever also contends that the redundancy of his position was not genuine because Colas employed someone else to do the same work as he was performing.

[18] Ms Jamieson, Group Human Resources Manager for Colas Australia, appeared for Colas at the determinative conference. She described the timeline of events concerning the employment of a new Foreman and the decision to make Mr Stever’s position of Site Supervisor redundant as an “unfortunately closely connected sequence of events”. I agree with that description. The timeline of relevant events was as follows. Unbeknown to Mr Stever, in about February 2020, Colas advertised for a Foreman as its Yarrabee Road depot. I accept Ms Merryfull’s evidence that Colas did so because Mr Foran, who had been assisting Mr Stever to undertake some of the duties and responsibilities of a Foreman, informed Colas in late 2019 or early 2020 that he wanted, for personal reasons, to only undertake his role of Spray Truck Operator. In early March 2020, a successful candidate was selected for the role of Foreman. A contract of employment was sent to the successful candidate on 16 March 2020 and Colas received a signed copy of the contract of employment from the successful candidate on 18 March 2020. The new Foreman commenced employment with Colas in about late March 2020.

[19] I accept Mr Stever’s criticism of Colas’ decision in early 2020 to employ a new Foreman in circumstances where the NSW division of the business was not performing well and Mr Stever had been undertaking most of the duties and responsibilities of the role of Foreman in addition to his duties and responsibilities as Site Supervisor. The manager who made that decision is no longer employed by Colas.

[20] Meanwhile, in February 2020, Mr Nisbett, who was then in the position of General Manager of the Colas Qld division, together with the then General Manager of the Colas NSW division, provided the Chief Executive Officer (CEO) and Chief Financial Officer of Colas with budget packs, reconciling the financial performance of their respective divisions in the past budget cycle and providing forecasts for the next budget cycle. The NSW division of Colas had performed poorly in the previous budget cycle and its forecast for the next budget cycle was unfavourable.

[21] On 16 March 2020, Mr Nisbett attended a strategy meeting with the CEO of Colas. As a result of that meeting and the decisions taken by senior management following the meeting, three positions were made redundant with immediate effect, including the role of General Manager of the NSW division. On 19 March 2020, Mr Nisbett was promoted to the position of General Manager East Coast, in which he assumed responsibility for Colas’s contracting operations throughout NSW and Qld. Mr Nisbett then reviewed the NSW operation and made a decision to restructure it so that it would more closely align with the more successful structure of the Qld division. As a result of this review, Mr Nisbett determined that there was a surplus position of Supervisor in the Yarrabee Road depot. That is, there was a Senior Supervisor and a Site Supervisor (Mr Stever’s position) at the Yarrabee Road deport. Mr Nisbett decided to make the role of Site Supervisor redundant. Mr Nisbett was not involved in the decision to recruit a new Foreman for the Yarrabee Road depot in early 2020 and Colas had already entered into a binding contract with the successful candidate for the role of Foreman at the Yarrabee Road depot when Mr Nisbett became responsible for the NSW business on 19 March 2020.

[22] On 23 March 2020, Colas informed Mr Stever, in writing, of its decision to make his role redundant. Mr Stever’s employment with Colas came to an end on 23 March 2020. Mr Stever was paid redundancy entitlements on the termination of his employment.

[23] In addition to the redundancy of Mr Stever’s role of Site Supervisor, Colas made four other roles redundant in March and April 2020, including the role of General Manager of the NSW division.

[24] I accept the evidence adduced on behalf of Colas to the effect that its business suffered a downturn in early 2020 and it took a range of measures to attempt to reduce costs in its business. This constituted a change in the operational requirements of Colas’s business. Amongst the cost reduction measures taken was the removal of five positions from Colas’s structure, including Mr Stever’s role of Site Supervisor. I also accept that the duties and responsibilities of Mr Stever’s role of Site Supervisor were distributed between the new Foreman who commenced in about late March 2020 and Mr Andrew Meggatt, Senior Supervisor of the Yarrabee Road depot.

[25] For the reasons set out above, I am satisfied on the balance of probabilities that the reason for Mr Stever’s dismissal was the redundancy of his role as Site Supervisor and that Colas no longer required Mr Stever’s role of Site Supervisor to be performed by anyone because of changes in the operational requirements of Colas’s enterprise.”