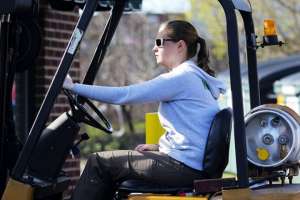 The following extract from a recent Fair Work Commission decision is a good analysis of the relationship between termination of employment by small businesses and serious misconduct.

“In this case the applicant was dismissed for reason of alleged serious misconduct and that part of the SBFD Code relating to summary dismissal has required examination and application to the particular circumstances surrounding the dismissal of the applicant. The first sentence of the SBFD Code is particularly relevant and is repeated: “It is fair for an employer to dismiss an employee without notice or warning when the employer believes on reasonable grounds that the employee’s conduct is sufficiently serious to justify immediate dismissal.”

In this instance, upon termination of employment, the employer paid the applicant an amount equivalent to two weeks’ notice. However, apart from this payment, the dismissal contained all of the elements usually associated with a summary dismissal. In particular, the reasons for the dismissal involved serious misconduct and the implementation of the dismissal was summary in nature. That is, the applicant was advised of his dismissal without there being any contemplation of further explanation or defence by way of a show cause process.

A dismissal which is for reason of serious misconduct and which might appropriately justify termination without notice or warning, should still be properly assessed as a summary dismissal notwithstanding that an employer, for whatever reason, decided to make payment of an amount in respect to a putative period of notice. Broadly speaking, the SBFD Code establishes requirements for dismissal without notice or warning which represent a less stringent evidentiary basis upon which any serious misconduct is established when compared to the evidentiary basis that applies for a medium/large business. Similarly, the SBFD Code sets out less stringent requirements for other dismissals than those which apply to a medium/large business.

There are three primary operative components contained in the first sentence of the summary dismissal part of the SBFD Code, which, if in combination are satisfied, have the effect of rendering any summary dismissal to be fair. The first component involves the existence of a belief on the part of the employer. The second component requires that the belief of the employer was made on reasonable grounds. The third component requires that the employer’s belief be that the conduct was sufficiently serious to justify immediate dismissal.”