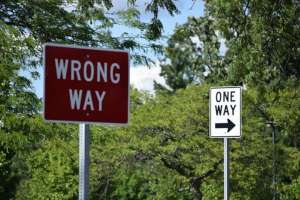 (i)  the health or safety of a person; or

(ii)  the reputation, viability or profitability of the employer’s business.

(b)  the employee being intoxicated at work;

(c)  the employee refusing to carry out a lawful and reasonable instruction that is consistent with the employee’s contract of employment.

(4)  Subregulation (3) does not apply if the employee is able to show that, in the circumstances, the conduct engaged in by the employee was not conduct that made employment in the period of notice unreasonable.

The authority referred to above is O’Connell v Wesfarmers Kleenheat Gas Pty Ltd. [2015] FWCFB 8205 In O’Connell, the Full Bench heard an appeal from the decision of a single member of the Commission whom, as part of their determination as to whether or not an employee’s dismissal was fair, had considered whether or not the employee had engaged in serious misconduct. The Full Bench outlined the following in relation to the single member’s decision:

“[22] We make one observation about the Decision. In his consideration under s.387(a) of the FW Act as to whether there was a valid reason for the dismissal, the Commissioner made reference to “[s]ummary dismissal for misconduct in employment” and referred to the definition of “serious misconduct” in reg.1.07 of the Fair Work Regulations 2013. This was, with respect, a distraction. As was said by the Full Bench in Sharp v BCS Infrastructure Support Pty Limited 105:

“[32]… It is certainly well established that, for the purposes of s.387(a), it is not necessary to demonstrate misconduct sufficiently serious to justify summary dismissal on the part of the employee in order to demonstrate that there was a valid reason for the employee’s dismissal (although established misconduct of this nature would undoubtedly be sufficient to constitute a valid reason). 106 Nor is the existence of a valid reason to dismiss assessed by reference to a legal right to dismiss.107 Therefore whether Mr Sharp’s admitted conduct amounted to misconduct serious enough as to give rise to the right to summarily dismiss him under the terms of his contract of employment was not relevant to the required s.387(a) consideration. It may be noted in any event that Mr Sharp was not summarily dismissed, but dismissed with a payment in lieu of notice.

[33] The relevance of the definition of “serious misconduct” in reg.1.07 to the matter is also, with respect, obscure. Section 12 of the Act contains a definition of serious misconduct for the purposes of the Act which simply cross-refers to reg.1.07. Apart from s.12 itself, the expression serious misconduct is used in only three places in the Act. In s.123(1)(b), a dismissal for serious misconduct is a circumstance in which the notice and redundancy entitlement provisions of Pt 2-2 Div. 11 are not applicable; in s.534(1)(b) a dismissal for serious misconduct is one to which the requirements for notification and consultation in Pt 3-6 Div. 2 do not apply; and in s.789(1)(b) a dismissal for serious misconduct is one in relation to which the requirements established by Pt 6-4 Div. 3 for notification and consultation do not apply. The expression “serious misconduct” is not used anywhere in Pt 3-2, Unfair Dismissal, of the Act. Section 392(3) requires the Commission, in relation to the award of compensation for an unfair dismissal, to reduce the amount that it would otherwise order by an appropriate amount where it is “satisfied that the misconduct of a person contributed to the employer’s decision to dismiss the person”. However, it is clear that conduct may constitute “misconduct” for the purpose of s.392(3) without necessarily being “serious misconduct”. The expression is used in the Small Business Fair Dismissal Code, but that had no application in this case (and it is at least highly doubtful in any event whether the reg.1.07 definition applies to the Small Business Fair Dismissal Code). Reg.1.07 therefore had no work to do in the application of the provisions of Pt 3-2 to the circumstances of this case.

It may be accepted that an assessment of the degree of seriousness of misconduct which has been found to constitute a valid reason for dismissal for the purposes of s.387(a) is a relevant matter to be taken into account under s.387(h). In that context, a conclusion that the misconduct was of such a nature as to have justified summary dismissal may also be relevant. Even so, it is unclear that this requires a consideration of whether an employee’s conduct met a postulated standard of “serious misconduct”. In Rankin v Marine Power International Pty Ltd 108 Gillard J stated that “There is no rule of law that defines the degree of misconduct which would justify dismissal without notice” and identified the touchstone as being whether the conduct was of such a grave nature as to be repugnant to the employment relationship.109 Serious misconduct is sometimes used as a rubric for conduct of this nature, but to adopt it as a fixed standard for the consideration of misconduct for the purpose of s.387(h) may be confusing or misleading because the expression, and other expressions of a similar nature, have been considered and applied in a variety of contexts in ways which are influenced by those contexts. In McDonald v Parnell Laboratories (Aust.) Pty Ltd110

‘[48] The terms ‘misconduct’, ‘serious misconduct’ and ‘serious and wilful misconduct’ are often the subject of judicial and administrative attention as applied to the facts of particular cases but there is relatively little judicial discussion about their content and meaning. Naturally enough, when the term ‘serious misconduct’ is under consideration an evaluation of what conduct represents ‘serious’ misconduct is influenced by the (usually statutory) setting in which the phrase must be given meaning and applied. Frequently, for example, the question at issue is whether an employee is disentitled by reason of his or her conduct to a statutory entitlement (eg. in New South Wales, where Ms McDonald was employed, see Long Service Leave Act 1955 (NSW) s 4(2)(a)(iii); Workers Compensation Act 1987 (NSW) s 14(2).’”

[24] It is of course the case that the commission of any of the types of conduct referred to in reg.1.07 (broadly speaking, wilful or deliberate conduct inconsistent with the continuation of the employment contract, serious and imminent risk to health and safety or the viability of the business, theft, fraud, or assault, intoxication at work and refusal to carry out a lawful and reasonable instruction) may well ground a finding under s.387(a) that there is a valid reason for dismissal, and would also be given significant weight in considering whether a dismissal for such conduct is harsh, unjust or unreasonable under s.387. It must also be acknowledged that the application of the exemption in s.123(1)(b) from the requirement to provide the NES entitlement to notice would not be irrelevant under s.387. But the point is that “serious misconduct” as defined in reg.1.07 (or otherwise) is not the criterion for whether a valid reason exists under s.387(a) or for whether a dismissal is unfair or not. It may well be the case, for example, that conduct that does not fall within reg 1.07 may nonetheless be found to constitute a valid reason for dismissal. Alternatively, the fact that a dismissal is based on conduct that does fall within reg.1.07 does not preclude a finding that the dismissal was harsh, unjust or unreasonable.”