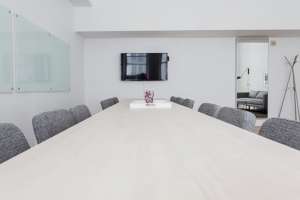 The Fair Work Commission, as appears from the following extract from a recent decision in an unfair dismissal case, is more likely to grant permission to a lawyer or paid agent to represent a party if there is a jurisdictional issue at play.

As a general proposition, an application which raises substantive jurisdictional issues involves an additional degree of complexity. Even where facts associated with a jurisdictional issue are simple or not contested, determining that question is a legal matter.

I agree with the general observation of the Commission in CEPU v UGL Resources Pty Ltd where it was said: 5

“…where the Respondent (in this case) seeks to agitate a jurisdictional issue then it would follow that representation by a lawyer would be a reasonable course. Jurisdictional issues by their nature are prospectively complex in their own right, and/or else may require a degree of familiarity with court and tribunal jurisprudence or authorities.”

In this matter, the jurisdictional issue of whether there is a dismissal (and when it took effect) is directly in issue. Resolving this question involves mixed issues of fact and law. Even in circumstances where a party has a clear opinion on whether they resigned, were forced to resign or were dismissed the determination of this question according to law is not necessarily straightforward.

I am satisfied that these issues raise a sufficient level of complexity, even in the context of the extension of time hearing, which would be more efficiently determined with a legal representative representing one or both parties.

I conclude that section 596(2)(a) is made out. Granting permission for Legend to be represented by a lawyer in these proceedings would enable the jurisdictional matters listed for hearing to be dealt with more efficiently, taking into account complexity.

The fact that sub-section (1) of section 596 is made out does not compel the exercise of the discretion in favour of the person requesting permission. 6 All factors in the section need to be considered, including fairness. Sub-sections 596(2)(b) and (c) require fairness to be considered in two contexts: fairness in the context of the capacity of the person seeking permission to effectively represent themselves; and fairness between the parties.

Legend is able to be represented at the hearing without a lawyer. It is an established business employing a human resources officer.

However, section 596(2)(b) concerns itself with “effective” representation. This requires the nature of the hearing to be taken into account. This hearing concerns legal issues. The human resources officer is not a lawyer. Not all human resource practitioners are equipped to effectively discharge this obligation. In this case, I am satisfied that Legend’s human resource officer has no such specific expertise.

For a party to be effectively represented, that party is entitled to expect its representative to make a “striking impression” or be “powerful in effect”. 7 In this matter, the human resources officer is also an intended company witness. If permission is not granted, she would essentially be required to lead her own evidence in chief whilst presenting her employer’s case. That may dilute the impact of the evidence or at least its efficient delivery. This is a relevant factor, though I note that Ms Stonell is in the same position given that she is to be self-represented.

Having regard to the overall circumstances, I find that internal Legend representatives would be unlikely to “effectively” represent the employer in this sense of the word.

I conclude that it would be unfair not to allow Legend permission having regard to my finding that they would not be able to represent themselves effectively on the jurisdictional issues.

I now turn to sub-clause 596(2)(c) of section 596. This sub-section requires the Commission to take into account fairness between the person seeking permission (Legend) and other persons in the matter (Ms Stonell). This consideration does not support Legend’s request and is not made out.

Ms Stonell is not legally qualified and has no specific background or expertise in industrial or legal matters. She intends to be self-represented at the hearing. Her apparent limited familiarity with the fair work unfair dismissal jurisdiction is as a lay person and as a consequence of seeking to exercise her unfair dismissal rights.

Having regard to fairness between the parties, it would not be unfair to refuse the employer’s request.

[32] The considerations of efficiency in the proceedings and effective representation by the employer weigh towards a grant of permission under section 596.

[33] The issue of fairness between the parties weighs against such a grant.

[34] In exercising the discretion each factor in section 596(2) does not have to be made out although each should be considered.

[35] I am satisfied that permission should be granted particularly having regard to the fact that the hearing is a jurisdictional hearing considering mixed issues of fact and law.

[36] However, I will impose conditions on the grant of permission that take into account fairness between the parties. They are: