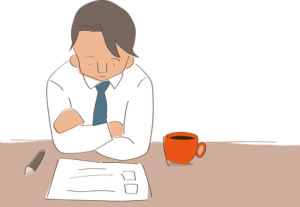 When will reduced pay or changed conditions be a dismissal?

An attempt by an employer to re-classify the role of an employee against the employee’s will, may or may not constitute a constructive dismissal. Where the employers’ actions are objectively reasonable, for example they are no more than a reasonable response to changed operational circumstances, it is unlikely that they will be regarded by the Fair Work Commission in an unfair dismissal case as the termination of the employees’ employment at the initiative of the employer, particularly where there is no diminution of remuneration.

However where an employer unilaterally legislates changes to an employee’s position against the employee’s will and in unreasonable circumstances, there wil be occasions when a consequential resignation by the employee may constitute a constructive dismissal. Here is an example of the former.

“Although not words of my own, I have observed often it will be a narrow line that distinguishes conduct that leaves an employee no real choice but to resign from employment, from conduct that cannot be held to cause a resultant resignation to be a termination at the initiative of the employer 161. In my view this is not a case where there is that aforementioned narrow line. I have concluded that it was quite clearly the discretion of the resigning employee, Dr Stringfellow, which gave rise to the termination. The conduct of the CSIRO was not such that there was an intention of bringing the employment to an end or that termination of the employment was the probable result of its conduct such that Dr Stringfellow had no effective or real choice but to resign. The application is therefore dismissed and an accompanying order162 is issued to this effect.”