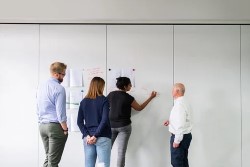 For an employer to be able to succeed in establishing that the termination of an employee’s employment was a genuine redundancy (a complete jurisdictional defence to an unfair dismissal claim) the first criterion to be met is that the dismissal results from a determination by the employer that the employer no longer requires the persons’ job to be performed by anyone because of operational requirements of the employer’s enterprise (Fair Work Act, sec 389).

How does this play out in unfair dismissal cases. Here is an extract from a decision where the issue is explained.

“ s.389(1)(a) – the person’s employer no longer required the person’s job to be performed by anyone because of changes in the operational requirements of the employer’s enterprise

[80] The test to be considered where there has been a reorganisation or redistribution of duties is whether the employee has any duties left to discharge.1 Where there is no longer any function or duty to be performed by an employee, his or her position becomes redundant even where aspects of that employee’s duties are still being performed by other employees.2

[81] The decision in Kekeris v A. Hartrodt Australia Pty Ltd T/A a.hartrodt3 considered this point and established that the test is whether the previous job has survived the restructure or downsizing, rather than a question as to whether the duties have survived in some form. The Full Bench in Ulan Coal Mines Limited v Howarth and others4 considered and applied the decision of Ryan J in Jones v Department of Energy and Minerals5 and said: