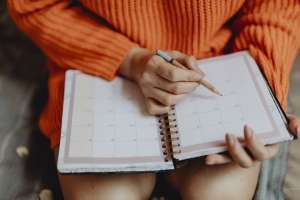 What follows is a classic unfair dismissal case which analyses the tests to apply when calculating the length of a causal employee’s service when determining whether he or she is protected from unfair dismissal.

“Recently, in Nehemiah Kamanda v House with No Steps [2016] FWC 767, Commissioner Saunders correctly and usefully articulated the relevant legal principles relating to the period of service for a casual employee as follows:

[5] The absence of any contractual requirement for the employee to work at set times or of any assumption that the employee be present on a daily, weekly or monthly basis unless told otherwise does not preclude a finding that the employee’s engagements were regular and systematic. 4

[6] The term “regular” should be construed liberally. 5 It implies some form of repetitive pattern and does not mean frequent, often, uniform or constant.6 Employment on a “regular” basis may be constituted by frequent though unpredictable engagements.7

[7] The term “systematic” requires that the engagement be “something that could fairly be called a system, method or plan”. 8 The concept of engagement on a “systematic” basis does not require the employee to be able to foresee or predict when his or her services may be required. It is sufficient that the pattern of engagement occurs as a consequence of an ongoing reliance on the employee’s services as an incident of the business by which he or she is engaged.9

“In situations where there is not a clear pattern or roster of hours and days worked or a clear agreed arrangement between the employer and the employee, then evidence of regular and systematic employment can be established where:

“That caveat is that one must not treat the summary of Roe C as a substitute for the language of the statute: the ultimate question always remains whether the employment was ‘regular and systematic’ within the meaning of section 384(2)(a) and care must be taken not to invert the test to one which asks the question whether the employment was ‘occasional or irregular’.”

In considering the evidence in the present matter, I adopt the orthodox approach outlined above by the very learned Commissioner.”