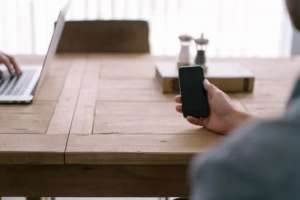 “Here is an extract from a recent decision of the Fair Work Commission in an unfair dismissal case which sets out how an employer must approach establishing a justification for a dismissal based upon misconduct by the employee.

“In cases relating to alleged misconduct, the Commission must make a finding, on the evidence provided, whether on the balance of probabilities the conduct occurred. 138 It is not enough for the employer to establish that it had a reasonable belief that the termination was for a valid reason.139 The nature of the relevant issue necessarily affects the “process by which reasonable satisfaction is attained” and such satisfaction “should not be produced by inexact proofs, indefinite testimony, or indirect inferences” or “circumstances pointing with a wavering finger to an affirmative conclusion”.140 The Commission should not lightly make a finding that an employee engaged in the misconduct alleged.141

The rule in Briginshaw has elsewhere been described as reflecting a conventional presumption that members of society do not ordinarily engage in fraudulent or criminal behaviour. 142 In Greyhound Racing Authority, Santow JA noted:

“… The notion of “inexact proof, and indefinite testimony or indirect inferences” needs to be translated to a comfortable level of satisfaction, fairly and properly arrived at, commensurate with the gravity of the charge, achieved in accordance with fair processes appropriate to and adopted by [a Tribunal].”  143

The “level of comfort” referred to means that the finder of fact must “feel an actual persuasion of the occurrence or existence of the fact in issue”; the “mere mechanical comparison of probabilities independent of a reasonable satisfaction will not justify a finding of fact………….

It is necessary to consider whether the employer had a valid reason for the dismissal of the employee, although it need not be the reason given to the employee at the time of the dismissal. A valid reason is one that is “sound, defensible and well founded” and should not be “capricious, fanciful, spiteful or prejudiced”. 145

The Commission will not stand in the shoes of the employer and determine what the Commission would do if it was in the position of the employer. 146 The question the Commission must address is whether there was a valid reason for the dismissal related to the employee’s capacity or conduct (including its effect on the safety and welfare of other employees), in the sense that it was both a good reason and a substantiated reason.

The employer bears the evidentiary onus of proving that the conduct on which it relies took place. A pattern of past conduct may not form a valid reason for dismissal if the employee was not properly warned or disciplined in relation to that conduct. 147 However, that same pattern of conduct or behaviour may be considered relevant to an overall assessment of whether the dismissal was “harsh, unjust or unreasonable”.148

The Act requires consideration of whether there was “a” valid reason for dismissal. Where several reasons for termination are invoked, it is not necessarily the case that all must be substantiated. 149 It is also well established that a valid reason need not necessarily be the one relied upon by the employer.150”