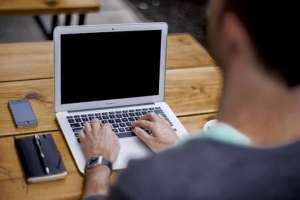 This extract from a recent unfair dismissal decision by the Fair Work Commission is an excellent summary of the relationship between valid reason for dismissal and m misconduct; and the issue of memes too.

“Was there a valid reason for the dismissal related to the Applicant’s capacity or conduct?

What constitutes a valid reason?

[246] In order to be a valid reason, the reason for the dismissal should be “sound, defensible or well founded” 54 and should not be “capricious, fanciful, spiteful or prejudiced.”55 However, the Commission will not stand in the shoes of the employer and determine what the Commission would do if it was in the position of the employer.56

[247] Where a dismissal relates to an employee’s conduct, the Commission must be satisfied that the conduct occurred and justified termination:57

“The question of whether the alleged conduct took place and what it involved is to be determined by the Commission on the basis of the evidence in the proceedings before it. The test is not whether the employer believed, on reasonable grounds after sufficient enquiry, that the employee was guilty of the conduct which resulted in termination.”

[248] In a recent decision of Deputy President Asbury, her Honour summarised the following: 58

“[11] Where the reason for the dismissal is misconduct, the Commission must be objectively satisfied that the misconduct occurred. However, as Vice President Hatcher observed in Bista v Glad Group Pty Ltd, the case law does not establish that a minor failing on the part of an employee could constitute a valid reason for dismissal simply because it was proven to have occurred. Dismissal on such a basis could not be sound, defensible or well founded. His Honour also cited the majority judgement of Moore J in Edwards v Giudice where it was held that:

The reason would be valid because the conduct occurred and justified termination. The reason might not be valid because the conduct did not occur or it did occur but did not justify termination. An employee may concede in arbitration that the conduct took place because, for example, it involved a trivial misdemeanour. In those circumstances the employee may elect to contest the termination in the arbitration on the basis that the conduct took place but it did not provide a valid reason and perhaps by relying on the other grounds in [the section].

[12] That judgement was relied on by Vice President Hatcher as authority for the proposition that, the consideration of whether there is a valid reason for dismissal requires, where the relevant conduct upon which the dismissal is proceeded is found to have occurred, an assessment of whether the conduct was of sufficient gravity or seriousness such as to justify dismissal as a sound, defensible or well-founded response to the conduct.

[13] The matters in s.387 go to both substantive and procedural fairness and it is necessary to weigh each of those matters in any given case, and decide whether on balance, a dismissal is harsh, unjust or unreasonable. A dismissal may be:

Harsh – because of its consequences for the personal and economic situation of the employee, or because it is disproportionate to the gravity of the misconduct;

Unjust – because the employee was not guilty of the misconduct on which the employer acted; and/or

Unreasonable – because it was decided on inferences that could not reasonably have been drawn from the material before the employer.”

[249] While the three criteria above each have a unique ambit, they have the propensity to intersect in practice. Byrne v Australian Airlines elaborates on this overlap and distinguishes the three grounds stated above: 59

[251] For the reasons set out below, I am satisfied that the Applicant’s posting of the first meme, coupled with his (arguably, retaliatory) posting of the second meme, constituted serious misconduct.

[252] I accept that the culture at the Respondent’s business fell considerably short of the standards expected of a workplace and that there were imperfections with the Respondent’s process insofar as multiple ‘final’ warnings were provided which may have caused some opacity in the mind of the Applicant as to the consequences of his conduct. It must be noted though that some of that management action occurred under the previous owners. The new owners gave their employees training in respect of its policies and procedures and the evidence before me suggested that steps were being taken to improve the workplace culture, though based on some of the evidence given there was still a considerable way to go. Their actions in this matter are consistent with a reforming workplace.

[253] I accept Ms Metla’s evidence from cross-examination which was that she was aware that the meme was to be posted. I also accept that Ms Metla’s evidence of the publication and impact of the meme may be coloured by subsequent events and embarrassment and that it should have been reasonably foreseeable to both her and the Applicant that if the meme was published to Facebook it would be viewed by others.

[254] However, I do not accept the Applicant’s assertion that viewed against that backdrop his behaviour was not inappropriate or, at the very least, not serious enough to warrant his dismissal. His conduct was plainly inappropriate, if not also unlawful.

[255] The Applicant’s lack of insight or remorse was consistent throughout the proceedings. He refused to provide a written response to the show cause letter and then maintained throughout the disciplinary process and post-termination that his conduct did not warrant dismissal. Even in his closing submissions, the Applicant submitted that the behaviour could not be considered “inconsistent with the continuation of the contract of employment”, particularly in light of the Respondent’s acceptance offensive and inappropriate behaviour by its employees (including him) in the past.

[256] The Applicant also sought to compare his conduct with that of Mr Dowling allegedly yelling and swearing at staff in a meeting. Though the conduct he alleges that Mr Dowling engaged in, if substantiated, would also likely fall short of the ordinary standards of civility one expects in a modern workplace, that conduct is considerably different in nature to the Applicant’s behaviour. Indeed, the drawing of the comparison reveals the Applicant’s lack of understanding as to why his own conduct was inappropriate. The underlying issue with the Applicant’s conduct is the sexually explicit and public nature of posting the first meme to social media and the reasonably foreseeable consequences that action might have. None of the material or submissions made by the Applicant evidence a proper understanding of the significance of his actions and their effect.

[257] I am satisfied that even if the sales environment is a workplace that typically tolerates a more “robust” workplace culture, the Applicant’s conduct was still sufficiently serious and inappropriate so as to constitute a valid reason to terminate the Applicant’s employment.”