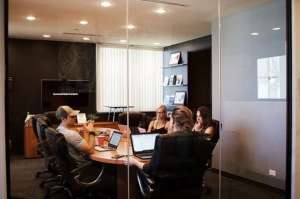 The concepts of “misconduct” and “serious misconduct” play significant but slight distinguishable roles in the unfair dismissal and fair work system, thus;

“A valid reason under s 397(a) is one that provides a sound, defensible and well-founded rationale for dismissal. In order for conduct which has found to have occurred to constitute a valid reason, it must involve something more than a minor failing or trivial misdemeanour, and must be of sufficient gravity or seriousness to justify dismissal. Factually-established conduct which might, for example, justify the issue of a reprimand or a warning may not necessarily justify dismissal.”

[76] Mr Grantham saying “get fucked” certainly warrants the issue of a reprimand. However his conduct sits awkwardly on the boundary between conduct that is misconduct (a valid reason) but for which termination would be harsh, and conduct that is not serious enough to be a valid reason for dismissal. As will become apparent, Mr Grantham’s case fits comfortably in the group of cases where this distinction it will not make any difference to the ultimate determination of whether the dismissal was “harsh, unjust or unreasonable”. 8

“However, the Deputy President’s consideration of whether there was a valid reason was affected by error of a more consequential nature, in that he did not address the material issues identified in the principles identified above but rather determined the issue by reference to a number of irrelevant matters. As the Deputy President recognised, there was no dispute as to the occurrence of the conduct which was the reason for Sydney Trains’ dismissal of Mr Hilder. Nor was it in dispute that this conduct constituted a breach of the Policy. Mr Hilder conceded that he was aware of the Policy and its significance. The only question to be resolved therefore was whether the breach of the Policy was a matter of sufficient gravity to constitute a sound, defensible, well-founded and therefore valid reason for dismissal. This required an assessment of the importance of the Policy in the context of Sydney Trains’ operations and Mr Hilder’s work duties.”