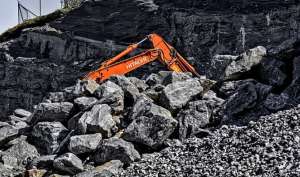 “The Full Bench Decision in Pettifer is not authority for the proposition that in every case where a host employer with a contractual right to do so, directs a labour hire company to remove a particular employee from a site the host company controls or operates, that the dismissal will be for a valid reason on the grounds of incapacity of the employee to perform the inherent requirements of his or her position. Pettifer confirms that where a labour hire employee is removed from the site of a host company resulting in that employee being dismissed, the Commission cannot disregard s. 387(a) of the Act and should examine all of the facts surrounding the instruction to remove the particular employee including taking into account whether there is a valid reason for the dismissal relating to the capacity or conduct of the employee……………….This is not a case where there is evidence of a reduction in numbers of employees with the qualifications held by Ms Star or some other operational reason for the directive to remove Ms Star from the site. To the contrary, evidence from witnesses on behalf of Ms Star establishes that additional labour hire employees employed by WorkPac and another labour hire company were mobilised onto the site after Ms Star’s dismissal. If the reason for dismissal was incapacity of the kind considered in Pettifer, in circumstances where WorkPac took no steps to clarify the basis of BMA’s directive, I do not accept that incapacity was a valid reason for dismissal.

Ms Star has placed evidence before the Commission sufficient to support an inference that the dismissal related to conduct. WorkPac cannot assert that this is not the case in the absence of evidence of another reason or where the evidence relied on by WorkPac does not establish the reason advanced by the company. This is particularly so when the evidence of witnesses for WorkPac establishes that the failure to seek clarification of the reason for the directive to remove Ms Star from the Goonyella Riverside Mine Site was a conscious decision taken by managers who dealt with the matter……………………… However, the contractual relationship between a labour hire company and a host employer cannot be used to defeat the rights of a dismissed employee seeking a remedy for unfair dismissal. Labour hire companies cannot use such contractual relationships to abrogate their responsibilities to treat employees fairly. If actions and the consequences for an employee would be found to be unfair if carried out by the labour hire company directly, they do not automatically cease to be unfair because they are carried out by a third party to the employment relationship. If the Commission considers that a dismissal is unfair in all of the circumstances, it can be no defence that the employer was complying with the directions of another entity in effecting the dismissal. 45………………….

Ms Star has not been advised of any substantive reason for her removal from the Goonyella Riverside Mine site, in circumstances where the direction that she be removed resulted in the termination of her employment. An employee who is informed that he or she is no longer required in a workplace, will usually request to be provided with a reason for such a decision. Where that employee is protected from unfair dismissal and makes an application for an unfair dismissal remedy, the failure of the employer to give a reason would be a matter going to the fairness of the dismissal. This does not cease to be the case simply because a third party has directed that the employee be removed even in circumstances where the third party has the right to issue such a direction.

If the dismissal in the present case was not related to Ms Star’s capacity or conduct, then WorkPac did not advance another reason valid or otherwise to explain the decision to remove her from the Goonyella Riverside Mine Site. Labour hire employees with the same or substantially the same skills and qualifications as those held by Ms Star were employed after Ms Star’s dismissal. Ms Star had worked for WorkPac at that site for over four years and had not worked for the Company at any other site. Ms Star worked full time hours in accordance with a roster, albeit she was employed on a casual basis. The job suited Ms Star’s personal circumstances as it allowed her to work the same roster as her partner. But for an apparently arbitrary instruction that WorkPac remove Ms Star from the Goonyella Riverside Mine site, Ms Star would have remained there for the foreseeable future.

WorkPac responded to the direction to remove Ms Star from the Goonyella Riverside Mine site by taking immediate action to terminate her employment. There was no discussion with Ms Star about alternative roles prior to the termination of her employment. There was also no discussion with Ms Star about her views in relation to the possible reasons for the directive of BMA to remove her from the site. Had such a discussion occurred, Ms Star may have informed WorkPac’s management of the issues on the night shift on 9 November 2017 so that some attempt could have been made to ascertain whether this was a reason for BMA’s directive to remove Ms Star from the Mine site.

The failure on the part of WorkPac’s managers to seek further information from BMA about the reason for the directive to remove Ms Star from the Mine site was contrary to its own usual procedure. That failure was significant given that the contract between WorkPac and BMA has a specific provision in relation to the removal of employees for the reason that BMA is dissatisfied with their performance, which gave WorkPac some rights to debate the issue of whether Ms Star’s performance was such that she should be removed from the site. While Ms Star is a casual employee who may not have been entitled to payment while such discussions took place, had the matter been better handled Ms Star may have been able to be sent to another site temporarily while the issue which led to the directive from BMA that she be removed from the Goonyella Riverside Mine was explored.

It is also the case that Ms Star has obtained another position at Caval Ridge Mine which is also operated by BMA. This indicates that there is at least some prospect that any issue with Ms Star’s conduct or work performance on the night shift on 9 November 2017 might have been addressed to the satisfaction of BMA if WorkPac’s managers had made some attempt in this regard.

Conclusion in relation to whether Ms Star’s dismissal was unfair

On balance, taking into account the matters in s. 387 of the Act, I am satisfied that Ms Star’s dismissal was unfair. Ms Star’s dismissal was brought about by the response of WorkPac to the directive from BMA to remove her from the Goonyella Riverside Mine site. It is more probable than not that the directive was related to Ms Star’s conduct on the night shift on 9 November 2017 or the perceptions of BMA managers about that conduct. As a result, I am satisfied that Ms Star’s dismissal related to conduct. That conduct was not a valid reason for dismissal. There is no evidence of any other reason – valid or otherwise – for a directive to be issued by BMA requiring the removal of a longstanding labour hire employee from the Goonyella Riverside Mine site.

The dismissal was also unfair on the basis that there was no discussion with Ms Star about the decision to remove her from the site and the consequential termination of her employment prior to the termination being effected. The BMA directive was accepted by WorkPac managers as a fait accompli and there was no attempt made to discuss the directive with a relevant manager of BMA or to confirm the reason for the directive or whether the contractual provisions between BMA and WorkPac with respect to unsatisfactory performance by WorkPac personnel applied.

The dismissal of Ms Star was harsh because of its consequences for her personal and economic situation and because there was no conduct sufficient to justify her dismissal. The dismissal was also unreasonable because it was decided on inferences which were not reasonably open to WorkPac on the basis of the information it had or which it could reasonably have obtained from BMA.”