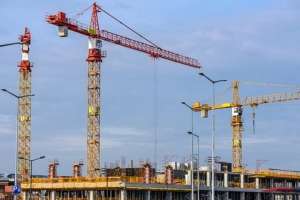 Labour hire companies are just as liable to be sued for unfair dismissal as a conventional employer, as this extract from a recent decision of the Fair Work Commission makes patently clear.

“A number of cases have considered the manner in which the matters in s. 387 of the Act are considered in circumstances where an employer provides labour to a client and the client directs the employer to remove the employee from a site. 15 As a Full Bench of the Commission observed in observed in Donald Pettifer v MODEC Management Services Pty Ltd (Pettifer) labour hire arrangements in which a host employer has the right to exclude a labour hire employee from its workplace, are becoming a common part of the employment landscape in Australia.16 The reality for companies in the business of supplying labour is that they frequently have little if any control over the workplaces at which their employees are placed and the rights of such Companies in circumstances where a client seeks the removal of an employee are limited. However, this is not a basis upon which companies in the business of supplying labour to clients can abrogate responsibility for treating employees fairly when dismissal is the result of removal from a particular site and the fairness of the dismissal is considered with reference to the matters in s. 387 of the Act.

The consideration in s. 387(a) of the Act in relation to the validity of a reason for dismissal is limited to circumstances where the dismissal is based on the conduct or capacity of the person who is dismissed. In circumstances where the decision of the client to remove a particular employee is based on objective operational reasons rather than the conduct or the capacity of the employee being removed, validity of the decision to remove the employee from the site does not fall for consideration under s. 387(a) of the Act if the employee makes an unfair dismissal application against the employer.

However, where the reason for the removal is the conduct or capacity of the person being removed and the result of the removal is the termination of an employee’s employment, an employer may be required to establish on the balance of probabilities that the conduct of the employee which led to the removal occurred. It may also be sufficient that the employer took reasonable steps to investigate the alleged conduct and to engage with its client where there is doubt that the conduct occurred or that it warranted removal from the client’s site. I accept that the reality is that such an investigation may place a company in the business of supplying labour in a difficult position with its client and that a supplier of labour cannot insist that a client alter a decision to remove a particular employee or allow a particular employee to access its premises in circumstances where the client refuses to do so.

Despite these difficulties, I am also of the view that where an employee who has been placed in the premises of a third party has been dismissed for reasons related to conduct, the employer of that person must have at least taken reasonable steps to investigate whether the conduct occurred and a failure to do so cannot be excused by the fact that a client formed the view that the conduct had occurred and that view was accepted by the employer without question. Where there is such a failure the result may be that the Commission is unable to be satisfied to the required standard that there was a valid reason for dismissal.

The matters in s.387 go to both substantive and procedural fairness and it is necessary to weigh each of those matters in any given case, and decide whether on balance, a dismissal is harsh, unjust or unreasonable. A dismissal may be:

Harsh – because of its consequences for the personal and economic situation of the employee, or because it is disproportionate to the gravity of the misconduct;

Unjust – because the employee was not guilty of the misconduct on which the employer acted; and/or

Unreasonable – because it was decided on inferences that could not reasonably have been drawn from the material before the employer.17……………………….

On balance and after considering the matters in s. 387 of the Act, I am satisfied that Mr Stevens’ dismissal was unfair. Mr Stevens’ dismissal was the result of a request to remove him from a site where he had been working for some three years. The removal of Mr Stevens from that site was unjust because of allegations about his conduct which were not substantiated or properly investigated before the decision to dismiss him was made. Notwithstanding that ISS had an obligation to comply with a request from the Principal of the School where Mr Stevens was working the request was not given in accordance with the Contract under which ISS provided its services.

Upon receipt of the request ISS did not take reasonable steps to investigate the allegations before deciding to dismiss Mr Stevens. Further, ISS did not take reasonable steps to find an alternative location for Mr Stevens to work. The dismissal was also unreasonable because it was based, in part, on a conclusion that Mr Stevens had engaged in a pattern of behaviour which was not reasonably open on the basis of the material ISS had before it. The dismissal was harsh because of its consequences for Mr Stevens’ personal and economic situation……………In summary my provisional views are: