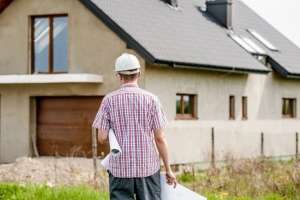 In this extract from a recent decision of the Fair Work Commission, the Commissioner sets out the principles which the Commission applies to determining the legal question (if in dispute) as to whether the applicant is an employee or contractor.

“The Full Bench decision in Kimber v Western Auger Drilling Pty Ltd 2 provides the factors/indicia this Commission needs to consider in assessing whether an Applicant was an employee or an independent contractor during the relevant period of employment. The Full Bench endorsed the general approach to distinguishing employees and independent contractors provided in Jiang Shen Cai T/A French Accent v Michael Anthony Do Rozario which follows:

“(1) In determining whether a worker is an employee or an independent contractor the ultimate question is whether the worker is the servant of another in that other’s business, or whether the worker carries on a trade or business of his or her own behalf: that is, whether, viewed as a practical matter, the putative worker could be said to be conducting a business of his or her own of which the work in question forms part? This question is concerned with the objective character of the relationship. It is answered by considering the terms of the contract and the totality of the relationship.

“The question is not whether in practice the work was in fact done subject to a direction and control exercised by an actual supervision or whether an actual supervision was possible but whether ultimate authority over the man in the performance of his work resided in the employer so that he was subject to the latter’s order and directions.”“[B]ut in some circumstances it may even be a mistake to treat as decisive a reservation of control over the manner in which work is performed for another. That was made clear in Queensland Stations Pty. Ltd v Federal Commissioner of Taxation, a case involving a droving contract in which Dixon J observed that the reservation of a right to direct or superintend the performance of the task cannot transform into a contract of service what in essence is an independent contract.”

Whether the worker performs work for others (or has a genuine and practical entitlement to do so).

The right to the exclusive services of the person engaged is characteristic of the employment relationship. On the other hand, working for others (or the genuine and practical entitlement to do so) suggests an independent contract.

Whether the worker has a separate place of work and or advertises his or her services to the world at large.

Whether the worker provides and maintains significant tools or equipment.

Where the worker’s investment in capital equipment is substantial and a substantial degree of skill or training is required to use or operate that equipment the worker will be an independent contractor in the absence of overwhelming indications to the contrary.

Whether the work can be delegated or subcontracted.

If the worker is contractually entitled to delegate the work to others (without reference to the putative employer) then this is a strong indicator that the worker is an independent contractor. This is because a contract of service (as distinct from a contract for services) is personal in nature: it is a contract for the supply of the services of the worker personally.

Whether the putative employer has the right to suspend or dismiss the person engaged.

Whether the putative employer presents the worker to the world at large as an emanation of the business.

Typically, this will arise because the worker is required to wear the livery of the putative employer.

Whether income tax is deducted from remuneration paid to the worker.

Whether the worker is remunerated by periodic wage or salary or by reference to completion of tasks.

Employees tend to be paid a periodic wage or salary. Independent contractors tend to be paid by reference to completion of tasks. Obviously, in the modern economy this distinction has reduced relevance.

Whether the worker is provided with paid holidays or sick leave.

Whether the work involves a profession, trade or distinct calling on the part of the person engaged.

Such persons tend to be engaged as independent contractors rather than as employees.

Whether the worker creates goodwill or saleable assets in the course of his or her work.

Whether the worker spends a significant portion of his remuneration on business expenses.

It should be borne in mind that no list of indicia is to be regarded as comprehensive or exhaustive and the weight to be given to particular indicia will vary according to the circumstances. Features of the relationship in a particular case which do not appear in this list may nevertheless be relevant to a determination of the ultimate question.

(5) Where a consideration of the indicia (in the context of the nature of the work performed and the terms of the contract) points one way or overwhelmingly one way so as to yield a clear result, the determination should be in accordance with that result. However, a consideration of the indicia is not a mechanical exercise of running through items on a check list to see whether they are present in, or absent from, a given situation. The object of the exercise is to paint a picture of the relationship from the accumulation of detail. The overall effect can only be appreciated by standing back from the detailed picture which has been painted, by viewing it from a distance and by making an informed, considered, qualitative appreciation of the whole. It is a matter of the overall effect of the detail, which is not necessarily the same as the sum total of the individual details. Not all details are of equal weight or importance in any given situation. The details may also vary in importance from one situation to another. The ultimate question remains as stated in (1) above. If, having approached the matter in that way, the relationship remains ambiguous, such that the ultimate question cannot be answered with satisfaction one way or the other, then the parties can remove that ambiguity a term that declares the relationship to have one character or the other.

(6) If the result is still uncertain then the determination should be guided by “matters which are expressive of the fundamental concerns underlying the doctrine of vicarious liability” including the “notions” referred to in paragraphs [41] and [42] of Hollis v Vabu.

“The courts have developed a multi-factorial approach, in which there is no single decisive criterion to determine whether a contractual relationship is one of employment or one subject to a contract for services. This approach requires the consideration of the various indicia as summarised in French Accent set out above. It is also clear from the decision of the Full Bench of the Federal Court in ACE Insurance Limited v Trifunovski 3 and others, that no one single criterion will necessarily be determinative and that each matter will turn upon the particular circumstances of the case, with the decision maker weighing all the relevant factors.”4

he ultimate question for the Commission as stated in Abdalla v Viewdaze Pty Ltd t/a Malta Travel 5 and endorsed in French Accent;

“… will always be whether the worker is the servant of another in that other’s business, or whether the worker carries on a trade or business of his or her own behalf: that is whether, viewed as a practical matter, the punitive worker could be said to be conducting a business of his or her own. This question is answered by considering the terms of the contract and the totality of the relationship.”

Ms Peel said all contracts were drafted and prepared by Aster. She said she never participated in any negotiations on rates of pay or conditions contained therein. Ms Peel submitted that she was of the believe that if she did not sign it, she would not have a job.”