Unfair dismissal; it is a matter of discretion 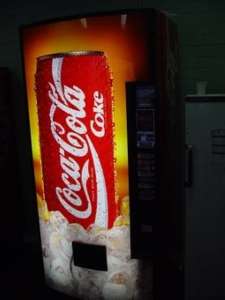 An employee who consumed a can of coca cola from a vending machine operated by the employer without paying for it, which the Fair Work Commission accepted was a valid reason for dismissal, has nonetheless has had his unfair dismissal claim upheld by the Fair Work Commission because of the employee’s candour following the discovery of the issue and his long history of employment.

“CHS did not call any evidence concerning the process it submitted was available for claiming refunds for faulty vending machines. The evidence of Mr Yaxley that he had lost in the order of $100 over a number of years to the vending machines was uncontested. As was the evidence of Mr Brinkworth that he had to repeat purchases of an item on numerous occasions because the machines dispensed the wrong item, and also having after a number of unsuccessful attempts contacted the service number for the vending machine to be promised a refund that was never delivered. Mr Brinkworth then complained a second time after further failure of the vending machines and never received a phone call from the service provider in response to his complaint.

The AMIEU submitted that rrelevant to the analysis of whether there is a valid reason for the termination of the application’s employment is the decision of North J in Selvachandran v Peterson Plastics Pty Ltd 9:

“In its context in s.170DE(1), the adjective “valid” should be given the meaning of sound, defensible or well founded. A reason which is capricious, fanciful, spiteful or prejudiced could never be a valid reason for the purposes of s.170DE(1). At the same time the reasons must be valid in the context of the employee’s capacity or conduct or based upon the operational requirements of the employer’s business. Further, in considering whether a reason is valid, it must be remembered that the requirement applies in the practical sphere of the relationship between an employer and an employee where each has rights and privileges and duties and obligations conferred and imposed on them. The provisions must “be applied in a practical, common-sense way to ensure that the employer and employee are treated fairly.”

[57] The AMIEU submitted that the reason given for the termination of Mr Jolley was that he “…stole a can of coke from the vending machine located on site.” The AMIEU said it is not disputed that stealing of property can be a valid reason for the termination of an employee’s employment. It was confirmed in closing oral submissions that Mr Jolley did not contest there was not a valid reason for dismissal on the facts of this case.

[58] In its Form F3 at Q3.1, CHS said that Mr Jolley was dismissed for “serious misconduct – theft.” At Q3.2, QHS said that on consideration of all the facts, CHS held the firm view that Mr Jolley’s behaviour in stealing the drink from the drink machine, was considered serious misconduct, and breached CHS’s policies and trust and that CHS believed that Mr Jolley’s behaviour in stealing warranted the termination of his employment. I am satisfied on the evidence that CHS had a valid reason for dismissal.

[75] The uncontested evidence of Mr Yaxley and Mr Brinkworth corroborates Mr Jolley’s evidence (again uncontested) that there have been many occasions where he had put money in the vending machines without receiving the item he had paid for or alternatively received incorrect change or no change. I accept this evidence and the evidence that Mr Jolley has lost tens of dollars in recent years for these reasons……………………………………….

[76] CHS made a submission that another employee was terminated on the same day as Mr Jolley for the same conduct and spoke to the importance of being entitled to a consistent approach on such matters. The AMIEU submitted the fact that employees who have engaged in misconduct have been given different punishments is not to be considered a double standard unless the Commission is convinced that their circumstances are genuinely similar. CHS did not call any evidence about the circumstances concerning the other employee or even elaborate on its submissions in that regard. Given the paucity of the material before me on that submission I do not intend to afford it any significance in my conclusions in this matter.

[77] It is relevant that Mr Jolley had an unblemished employment record for just short of 10 years’ service. It is also significant that Mr Jolley was dismissed just prior to completing ten years’ service negating his eligibility for long service leave which would result in a substantial lost to him were the decision to terminate him on the basis of misconduct remain undisturbed given the long service leave provision in the Industrial Relations Act 2019 (Qld).

[78] I also agree with the submission of the AMIEU that the decision in Qantas Airways Limited v David Dawson is distinguishable from the facts in this case on account of the fact that Mr Jolley was honest about his conduct when confronted with it and showed remorse for it.

[79] This matter is also distinguishable from the facts in another matter with some similarity to the facts which was the matter of David Thomas and Frederick (Junior) Faamausili Ailua v Virgin Australia Airlines Pty Ltd t/a Virgin Australia 13 where ground crew for Virgin stole two packets of cigarettes from a cargo shipment which was damaged and partially open after a flight. Both staff in that matter denied stealing the cigarettes and continued to deny doing so. They were subsequently found by the Commission to have stolen the cigarettes and the Commission pointed to their deception and dishonesty specifically in the following findings:

“[116] In my view, Virgin’s evidentiary case provided a sound, logical and rational foundation for the Commission, to be satisfied that the applicant’s denials of involvement in the theft, cannot be accepted. Obviously, neither applicant pleaded the severity (harshness) of their dismissal in the context of a theft amounting to just two packets of cigarettes, valued at probably less than ~$50.00 total. To have done so, would be to contradict their consistent line that they had not done anything wrong and had neither stole, nor received stolen freight. Whether it was a relatively small value theft or something more substantial, is really not the point. Theft is theft – no matter the value. However, had the applicants not been untruthful during their investigation and in their evidence before the Commission and in Mr Thomas’ case, his self-serving concoction of invention, I might have put their conduct, particularly in Mr Faamausili Ailua’s case, down to a stupid and very bad error of judgment. By not admitting their conduct, I am reminded that it is often not the conduct itself that determines one’s fate, but the subsequent attempt at cover-up. Nevertheless, regrettably, the applicants have ‘made their bed and must now lie in it’. I am satisfied the allegations against the applicants have been proven. I turn now to the matters the Commission is required to take into account under s 387 of the Act.”

[80] There was no deception or dishonesty on the part of Mr Jolley once confronted with his actions in taking the can of Coke. Mr Jolley owned up to taking a can of Coke with a likely value of $2 or $3 in circumstances where he had lost many times that amount to the same vending machines over a period of time without recompense.”