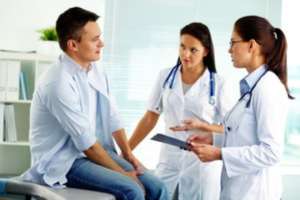 For the dismissal of an employee to be upheld as relevantly fair, the tests used by the Fair Work Commission are firstly whether there was a valid reason for the dismissal based upon the conduct or capacity of the employee, secondly whether a dismissal wold I any event be unreasonable in all the circumstances notwithstanding that there is a valid reason and thirdly whether the procedure used to get to that point was reasonable in all the circumstances.

Quite commonly the Commission deals with dismissals which are effected by an employer due to the employee being unable to meet the inherent (ie fundamental) requirements of a job due to capacity; in other words whether the employee is physically and mentally up to the job. Where it is the former, the question will often arise from medical scrutiny and in that case there is often a contest of views between the view of the medical practitioners used by the employer and those used by the employee in an unfair dismissal case.

Alas too, fair work practitioners in this field are well aware that some doctors can be counted upon to deliver a view favourable to one case or the other. It should not be so, but it is. I learned this uncomfortable truth as a young lawyer when I was involved in workers compensation litigation. It was a matter of notoriety amongst the legal profession as to who to consult when acting for an employer and who to use when representing an injured employee.

But back to the matter at hand.

In this context, until recently, there were conflicting decisions and cases in the Fair Work Commission to the effect that on the one hand it was no responsibility of an employer to work out which of conflicting medical views to accept and on the other that where the matter was in dispute in an unfair dismissal case, it was for the Commission to sort out where the truth lay.

Fortunately in CSL Limited T/A CSL Behring v Chris Papaioannou (2018) FWCFB 1005a Full Bench of the Commission held that the proper approach to be taken is the one known as the Jetstar case namely that the task of the Commission is to make a finding as to whether the employee suffered from the alleged incapacity to meet the inherent requirements of the job and that in any conflict between the medical profession abut that issue, the Commission needed to sort out who is right and who not to prefer, and that there is no basis to leave the resolution of any such conflict  the employer. In other words, the Commission will form its own view and the employer will not receive the benefit of the doubt if it opts for the opinion most closely aligned to its inclinations.