Unfair dismissal; how to get the date correct 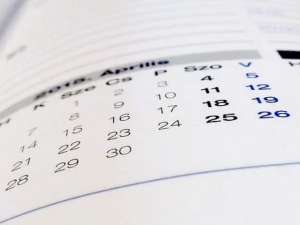 The precise date of the termination of an employee’s employment is often a legal controversy, and getting it right is important to various issues associated with unfair dismissal cases. This passage from a Fair Work Commission case explains the proper approach.

“Consideration Regarding Date of Dismissal

“We see no reason to depart from the above line of authority insofar as it is consistent with the general principle at common law that a dismissal may not take effect prior to it being communicated to the employee. Neither party submitted otherwise. However two questions remain. The first is whether there are any exceptions to this principle, the existence of which are suggested but not identified in Makenja and WorkPac. The second is whether the mere receipt of a communication (whether a letter, fax or email) is sufficient to constitute the communication of the dismissal to the employee in circumstances where the employee has not read the communication immediately upon receipt.

Having regard to the language, purpose and context of s.394(2)(a), we do not consider in relation to either question that the provision should be interpreted or applied so that the 21-day period to lodge an application for an unfair dismissal remedy could begin to run before an employee who has been dismissed at the initiative of the employer became aware that he or she had been dismissed, or at least had a reasonable opportunity to become aware of this. The combination of the very restricted time period to lodge an application under s.394(2)(a), together with the very high bar of “exceptional circumstances” required to be surmounted in order to obtain an extension of time to lodge an application, clearly demonstrates that it was intended that the timeframe to agitate such an application was to be strictly limited. Indeed s.394(2)(a) of the FW Act as originally enacted provided for a 14-day period only; this was extended to 21 days by the Fair Work Amendment Act 2012. On any view, the period allowed by s.394(2)(a) is extremely short having regard for the need for a dismissed person to take stock of his or her situation, seek advice or information about his or her rights, make a decision to seek a remedy, and complete and lodge an application. In that context it would require express language to justify an interpretation of the provision under which the 21-day time period allowed is further shortened because a dismissal is taken to have had effect before the employee has become aware that it has occurred. Were it otherwise, it would be possible for a dismissal with retrospective effect to be constructed which significantly diminished or even entirely eliminated the time allowed for an employee to lodge an unfair dismissal remedy application.”

[17] The Full Bench concluded, specifically dealing with emails, as follows: 6

“In a situation where an employee is informed by email that he or she has been dismissed, the employee can usually be regarded as knowing or having a reasonable opportunity to know of the dismissal when the email is received in the inbox of the employee’s usual email address. We note in this connection that s.14A of the Electronic Transactions Act 1999 (Cth) provides that an email is deemed to have taken place when the email becomes capable of being retrieved by the addressee at an email address designated by the addressee. There may be circumstances in which mere receipt of an email may not constitute a reasonable opportunity to become aware of a dismissal – for example when the employee has not read the email because of an incapacitating illness or is legitimately unable to access their email for other reasons. However a simple refusal to read an email would of course not operate to delay the date of effect of the dismissal.”

[18] I accept the Applicant’s evidence that he did not become aware of his dismissal until 15 June 2020. I note that on 18 May 2020, some ten days after the alleged dismissal, the Applicant emailed to Ms Laura McSpadden from the Partner’s Email a further certificate of fitness. That communication was clearly indicative of the Applicant’s understanding at that time that he was still employed. That understanding could only have been confirmed by Ms McSpadden’s response of “Thank you! Hope all is well”.

[21] I do not accept that the mere receipt of the emails of 28 April and 8 May 2020, constituted a reasonable opportunity to become aware of a dismissal. That was partially due to the fact that the Applicant and the Respondent, in their communications immediately preceding the dismissal, were communicating by way of the Partner’s Email and not the Gmail Email Address. However, a further, and significant reason for my conclusion that the emails did not constitute a reasonable opportunity to become aware of the dismissal was that the primary method of the Respondent contacting the Applicant during employment was by telephone. The evidence of Mr Ali, the Branch Manager of the Rydalmere store where the Applicant was employed, was clear. Mr Maguire was informed by Mr Ali that “…there was no way for me to get in contact with Stephen, it was always just by phone call.”

[22] I consider the facts in this matter constitute circumstances in which mere receipt of an email may not constitute a reasonable opportunity to become aware of a dismissal as identified by the Full Bench in Ayub.

[23] Further, and while not directly relevant to the question of whether the emails constituted a reasonable opportunity to become aware of the dismissal, I note that in light of the conversations between Mr Ali and Mr Maguire regarding contacting the Applicant by telephone, the evidence of Mr Maguire as to why he did not attempt to telephone the Applicant was unacceptable. Mr Maguire gave the following responses in the hearing: 7

“Do you retain employees’ telephone numbers? We do, yes.

Why don’t you just phone them up, if you don’t hear from them? We do send many pieces of correspondence a day to individuals and if we were to correspond with each individual we send an email to, via phone call, again that would consume a large amount of time.

Phone someone up saying did you receive the email? Given the volume of correspondence that we send via email, in addition to the fact that there was no reason for us to believe that the correspondence sent via email, particularly on this instance was not received.”

[24] It would have taken Mr Maguire no more than one to two minutes to telephone the Applicant to confirm whether he had received the email correspondence. It would not have consumed a large amount of time as he asserted.

[25] The dismissal of the Applicant occurred on 15 June 2020, when the email that was sent to the Gmail Email Address on 8 May 2020, was communicated to the Applicant through the Partner’s Email. That is the date upon which the Applicant became aware of the email, and so is the date of his dismissal. The application was therefore not out of time.”