Unfair dismissal; how to calculate the date of dismissal 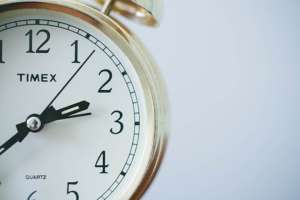 Curiously, there are occasions when an employee may find himself or herself without a job, yet be unable to identify when his or her job was terminated by the employer. Although there is plenty of legal authority to the effect that a dismissal cannot be considered to be effective until it is notified to the employee, there are obscure occasions when the available evidence is not capable of disclosing when the employer notified the employee of a dismissal yet in all the circumstances each party did come to recognize and accept that the employment relationship had come to an end.

Given the very tight time limits which apply to pursuing a case of unfair dismissal when is a time deemed to commence to run in this situation? In the following extract from a Fair Work Commission recent case, the Deputy President “infers” the date of dismissal.

“The date on which a dismissal should be considered to take effect is the date that the employee becomes aware that the dismissal has occurred. In the decision Mohammed Ayub v NSW Trains 3 the Full Bench explains as follows:

“[36] Having regard to the language, purpose and context of s.394(2)(a), we do not consider in relation to either question that the provision should be interpreted or applied so that the 21-day period to lodge an application for an unfair dismissal remedy could begin to run before an employee who has been dismissed at the initiative of the employer became aware that he or she had been dismissed, or at least had a reasonable opportunity to become aware of this. The combination of the very restricted time period to lodge an application under s.394(2)(a), together with the very high bar of “exceptional circumstances” required to be surmounted in order to obtain an extension of time to lodge an application, clearly demonstrates that it was intended that the timeframe to agitate such an application was to be strictly limited. Indeed s.394(2)(a) of the FW Act as originally enacted provided for a 14-day period only; this was extended to 21 days by the Fair Work Amendment Act 2012. On any view, the period allowed by s.394(2)(a) is extremely short having regard for the need for a dismissed person to take stock of his or her situation, seek advice or information about his or her rights, make a decision to seek a remedy, and complete and lodge an application. In that context it would require express language to justify an interpretation of the provision under which the 21-day time period allowed is further shortened because a dismissal is taken to have had effect before the employee has become aware that it has occurred. Were it otherwise, it would be possible for a dismissal with retrospective effect to be constructed which significantly diminished or even entirely eliminated the time allowed for an employee to lodge an unfair dismissal remedy application.” (Emphasis added)”

While the Applicant denies that he was encouraged by Mr Byrne to look for an alternate job, the fact that he did start looking for another job after 5 April 2018 strongly supports the evidence of Mr Byrne. The Applicant was obviously not blind to the tenuous nature of his employment, as evidenced by his commencing a search for alternate employment in early April 2018.

Had it been the intention of the Respondent to dismiss the Applicant with effect from a particular date, then clear advice of that date should have been provided to the Applicant. That did not occur.

It appears that it was left to the Applicant to infer that he had been dismissed through his conversation with Mr Byrne on 5 April 2018; the exhaustion of his annual leave in the pay period ending 18 April 2018; and from the lack of response from the Respondent to the Applicant’s enquiries as to the availability of further work.

I am satisfied that there was no notice of termination given to the Applicant either verbally or in writing. The Applicant was consequently left in a state of some uncertainty as to his employment status beyond the date of the exhaustion of his annual leave in the week of 18 April 2018. This state of uncertainty is evidenced by the Applicant’s attempts to contact Mr Byrne by telephone in the period after 18 April 2018. While neither party was able to say with certainty on what dates that contact was attempted, it is clear on Mr Byrne’s evidence that he did at least receive a text message from the Applicant after 18 April 2018 which he did not respond to.

It is relevant to observe at this point that the Applicant, having been employed by the Respondent for a period in excess of 1 year and less than 3 years, was entitled to two weeks notice of termination under s 117 of the Act, evidence on which I accept he did not receive.

What date then could be inferred as the relevant date on which the Applicant could have become aware of his termination? A number of dates are possible:

(i) 4 April 2018 which was the last day on which he performed work for the Respondent;

(ii) 5 April 2018 which was the day on which the Applicant was encouraged by Mr Byrne to seek alternate employment;

(iv) 2 May 2018 which represents the notice period that the Applicant was entitled to receive beyond the date of his annual leave exhaustion and per his final pay slip.

The inferred date of termination of employment of 2 May 2018 or later is within the 21-day time limit prescribed under the Act given that the application was filed on 16 May 2018.”