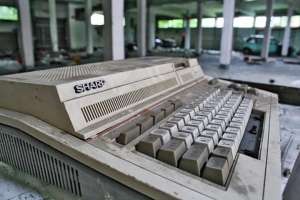 The manner in which an employee’s earnings are calculated for the purposes of determining whether their rate exceeds the high income threshold is the subject of the following dicta from a recent decision of the Fair Work Commission.

[17] In Trezise v Universal Music Australia Pty Ltd, Commissioner Harrison encountered a similar question regarding whether a period of unpaid parental leave would be excluded in determining whether the applicant’s earnings fell within the high income threshold. 3 The Commissioner relevantly stated the following:4

[5] It is not contested that the Applicant’s annual rate of earnings (excluding superannuation) at the time of her dismissal was $125,000 in accordance with her contract of employment dated 26 February 2010.

[6] Counsel for the Applicant, however, argued that the annual rate of earnings were below the high income threshold because the Applicant was on unpaid parental leave for a period of approximately 5 months.

[7] It was submitted it would be impracticable and unfair not to take into account unpaid leave when determining the rate of earnings.

[8] Whilst counsel for the Applicant conceded that the Act and the regulations are silent on whether unpaid parental leave has an impact on the determination of a person’s rate of earnings, he submitted that regulation 3.05(4) provides a formula that discounts days on leave without full pay.

“3.05 When a person is protected from unfair dismissal — high income threshold

(1) For subparagraph 382 (b) (iii) of the Act, this regulation explains how to work out amounts for the purpose of assessing whether the high income threshold applies in relation to the dismissal of a person at a particular time.

(2) Subregulations (3), (4) and (5) apply if part or all of the person’s income at the time of the dismissal is paid as piece rates that are:

(a) set by reference to a quantifiable output or task; and

(b) not paid as a rate set by reference to a period of time worked.

(3) If the person was continuously employed by the employer and was not on leave without full pay at any time during the period of 12 months immediately before the dismissal, the total amount of piece rates paid or payable to the person in respect of the period of 12 months ending immediately before the dismissal is an amount for subparagraph 382(b)(iii) of the Act.

(4) If the person was continuously employed by the employer and was on leave without full pay at any time during the period of 12 months immediately before the dismissal, the total of:

(a) for the days during that period that the employee was not on leave without full pay — the actual piece rates received by the employee; and

(b) for the days that the employee was on leave without full pay — an amount worked out using the formula:

[10] It can be noted from the above that regulation 3.05(4) provides for persons who are paid piece rates and whilst the formula deducts unpaid leave, it is in the context of where there is no annual rate of earnings. That is not the situation in this matter and any reliance on a regulation related to piece work is irrelevant misconceived.

[11] The consistent use of the word “earnings” in ss332 and 382(b)(iii) as distinct from the term “payment” is no mere coincidence. Counsel for Universal submitted that if a period of unpaid leave such as parental leave was to be considered for the purpose of determining the annual rate of earnings, referred to in s.382, parliament would have said so plainly and expressly. I agree.

[12] In my view a period of unpaid leave does not affect the annual rate of earnings as referred to in s.328.

[13] I find that the applicant’s annual rate of earnings exceeded the high income threshold and accordingly Fair Work Australia has no jurisdiction to deal with the substantive application. (emphasis added)

[18] The Applicant raised the matter that although she was only employed in October that she was required to observe the two week shutdown over Christmas. As she was not entitled to paid leave, she took unpaid leave during this period.

[20] I am satisfied that Applicant’s remuneration exceeded the high income threshold. A modern award does not cover her and equally an Enterprise Agreement does not apply. The Applicant’s base salary of $150,000 exceeds the high income threshold of $148,700. Therefore, the Applicant was not a person protected from unfair dismissal and accordingly the Commission does not have jurisdiction to consider her unfair dismissal application.”