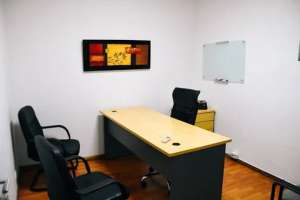 This passage from a decision of the Fair Work Commission deals with the way in which the Commission determines whether a small business employer can justify the fairness of (or in this case not justify) the termination of the employment of an employee for serious misconduct.

[54] It is not in dispute that Mr Sellick was summarily dismissed. The letter of termination expressed the serious misconduct committed by Mr Sellick warranting summary dismissal as:

[57] The employer must establish that they had reasonable grounds to hold the belief.

[58] Section 12 of the Act defines ‘serious misconduct’ as having ‘the meaning prescribed by the regulations’. Reg 1.07 of the Fair Work Regulations 2009 provides:

(2) For subregulation (1), conduct that is serious misconduct includes both of the following:

(a) wilful or deliberate behaviour by an employee that is inconsistent with the continuation of the contract of employment;

(b) conduct that causes serious and imminent risk to:

(i) the health or safety of a person; or

(ii) the reputation, viability or profitability of the employer’s business.

(3) For subregulation (1), conduct that is serious misconduct includes each of the following:

(b) the employee being intoxicated at work;

(c) the employee refusing to carry out a lawful and reasonable instruction that is consistent with the employee’s contract of employment.

(4) Subregulation (3) does not apply if the employee is able to show that, in the circumstances, the conduct engaged in by the employee was not conduct that made employment in the period of notice unreasonable.

[59] In Pinawin 10, the Full Bench considered how the summary dismissal section of the Code is to be applied and said:

“[29] … There are two steps in the process of determining whether this aspect of the Small Business Fair Dismissal Code is satisfied. First, there needs to be a consideration whether, at the time of dismissal, the employer held a belief that the employee’s conduct was sufficiently serious to justify immediate dismissal. Secondly it is necessary to consider whether that belief was based on reasonable grounds. The second element incorporates the concept that the employer has carried out a reasonable investigation into the matter. It is not necessary to determine whether the employer was correct in the belief that it held.”

[60] On the evidence, I am not satisfied that Mr Sellick’s conduct could be reasonable grounds for a belief that his conduct constituted serious misconduct that justified immediate dismissal.

[61] In terms of changing the roster, I accept Mr Sellick’s explanation that he made the change on the roster to reassign the shift to himself on the basis that he thought it was an error. I accept that he was of the understanding that both Mr Reicheneder and Ms Parkinson would have received a further notification of this change he had made and would have raised with him if there were any issues.

[62] In the circumstances where Mr Sellick was not advised by Ms Parkinson that she had changed the roster to replace him with Mr Reicheneder, Mr Sellick’s belief that it was an error and his action to rectify the error was not unreasonable. Further, there was no suggestion that Mr Sellick had attempted to conceal his act.

[63] A finding of conduct amounting to fraud is a serious allegation and should not be lightly made and must be based on clear and cogent proof. 11

[64] There was no evidence that any investigation had taken place nor was Mr Sellick afforded an opportunity to explain his actions before Bible Lane decided that he had engaged in misconduct amounting to fraud. Absent any investigation or admission from Mr Sellick, I am not satisfied that such belief was based on reasonable grounds.

[65] As to the second allegation of serious misconduct pertaining to the inspection of ACT Health, I do not accept it amounted to a breach of any occupational and health and safety procedure.

[67] I am not satisfied that there were occupational health and safety procedures in place which Mr Sellick had purportedly breached. In any event, the evidence did not establish that his conduct caused serious and imminent risk to the health or safety of other employees. Further, it is Bible Lane’s responsibility to ensure that the business complies with any public health direction.

[68] In all the circumstances, I am not satisfied that Mr Sellick’s dismissal was consistent with the Code.

Was the dismissal unfair?

[69] I now turn to consider if the dismissal of Mr Sellick was unfair within the meaning of the Act.

[70] A dismissal is unfair if the Commission is satisfied on the evidence before it that the circumstances set out at s.385 of the Act existed. Section 385 provides the following:

385 What is an unfair dismissal

A person has been unfairly dismissed if the FWC is satisfied that:

(a) the person has been dismissed; and

(b) the dismissal was harsh, unjust or unreasonable; and

(c) the dismissal was not consistent with the Small Business Fair Dismissal Code; and

(d) the dismissal was not a case of genuine redundancy.

Note: For the definition of consistent with the Small Business Fair Dismissal Code: see section 388.

[71] There is no dispute that Mr Sellick was dismissed and that subsection (d) does not apply. I have already found that the dismissal was not consistent with the Code.

Was the dismissal harsh, unjust or unreasonable?

[72] I next consider whether Mr Sellick’s dismissal was harsh, unjust or unreasonable. The criteria the Commission must take into account are set out at s.387 of the Act:

[73] The ambit of the conduct which may fall within the phrase ‘harsh, unjust or unreasonable’ was explained in Byrne v Australian Airlines Ltd12 as follows:

[74] I am required to consider each of these criteria in reaching my conclusion13, which I now do.

[75] The meaning of ‘valid reason’ in s.387(a) is drawn from the judgement of Northrop J in Selvachandran v Peteron Plastics Pty Ltd14. This meaning has been applied by this Commission and its predecessors for many years:

‘…, the adjective ‘valid’ should be given the meaning of sound, defensible or well-founded. A reason which is capricious, fanciful, spiteful or prejudiced could never be a valid reason for the purposes of s.170DE(1). At the same time the reasons must be valid in the context of the employee’s capacity or conduct or based upon the operational requirements of the employer’s business. Further, in considering whether a reason is valid, it must be remembered that the requirement applies in the practical sphere of the relationship between an employer and an employee where each has rights and privileges and duties and obligations conferred and imposed on them. The provisions must ‘be applied in a practical, commonsense way to ensure that’ the employer and employee are treated fairly, …’15

[76] In other words, the reasons should be justifiable on an objective analysis of the relevant facts.

[77] There is no mandate for giving the ‘valid reason’ criterion any greater emphasis or weight than any of the other criteria in s 387. It is well settled that the statutory requirement to ‘have regard to’ or ‘take into account’ requires the Commission to give the matter(s) weight as a fundamental element in the decision making process. Even if it is found that there was a valid reason for the dismissal, an overall assessment must be made as to whether the dismissal was harsh, unjust or unreasonable.

[78] For reasons set out earlier in this decision, I am not satisfied that Bible Lane has established that the dismissal of Mr Sellick was based on reasonable grounds. The conduct involved did not amount to serious misconduct which justified summary dismissal. There was no valid reason for Mr Sellick’s dismissal.

Notification of the valid reason and opportunity to respond – s.387(b) and (c)

[79] Notification of a valid reason for termination must be given to an employee protected from unfair dismissal before the decision is made,16 in explicit terms17 and in plain and clear terms.18 In Crozier v Palazzo Corporation Pty Ltd19 a Full Bench of the Australian Industrial Relations Commission dealing with similar provision of the Workplace Relations Act 1996 stated the following:

“[73] As a matter of logic procedural fairness would require that an employee be notified of a valid reason for their termination before any decision is taken to terminate their employment in order to provide them with an opportunity to respond to the reason identified. Section 170(3)(b) and (c) would have very little (if any) practical effect if it was sufficient to notify employees and give them an opportunity to respond after a decision had been taken to terminate their employment. Much like shutting the stable door after the horse has bolted.”20

[80] An employee protected from unfair dismissal must also be provided with an opportunity to respond to any reason for dismissal relating to the conduct or capacity of the person. Such requirement will be satisfied where the employee is aware of the precise nature of the employer’s concern about his or her conduct or performance and has a full opportunity to respond to this concern. 21 This criterion is to be applied in a common sense way to ensure the employee is treated fairly and should not be burdened with formality.22

Unreasonable refusal by the employer to allow a support person – s.387(d)

[83] Where an employee protected from unfair dismissal has requested a support person be present to assist in discussions relating to the dismissal, the employer should not unreasonably refuse that person being present.

(a) the areas of deficiency in the employee’s performance;

(b) the assistance or training that might be provided;

(c) the standards required; and

(d) a reasonable timeframe within which the employee is required to meet such standards.23

[86] The warning must also “make it clear that the employee’s employment is at risk unless the performance issue identified is addressed.”24

[56] Mr Sellick was not dismissed for unsatisfactory performance and this criterion is therefore not relevant.

[87] Bible Lane is a small employer and does not employ any human resources staff. I am satisfied that the lack of human resource expertise had an effect on the procedures followed in effecting the dismissal.

[88] Section 387(h) of the Act provides the Commission with a broad scope to consider any other matters it considers relevant.

[89] There are no matters that require consideration under this part of the Act.

[90] Having considered each of the matters specified in s.387 of the Act and for the reasons set out above, I find that the dismissal of Mr Sellick was harsh, unjust and unreasonable, and accordingly unfair.”