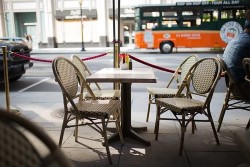 The Small Business Fair Dismissal Code provides that it is a complete jurisdictional defence to an unfair dismissal claim if the dismissal is effected by a small business employer and the employer believes on reasonable grounds that the employee concerned was guilty of serious misconduct sufficiently serious to justify immediate dismissal. Thus the key take out is that there are reasonable objective grounds for the employee’s view. Here is that principle in action.

“At the time of his dismissal, Auscut employed 12 employees 33 and so is a Small Business Employer, with s.23 of the Act defining the term to be an employer employing fewer than 15 employees at a particular time. Auscut dismissed Mr Elefantis under the summary dismissal provision of the Small Business Fair Dismissal Code (the Code), that is without notice, with the Code providing the following on the subject;

It is fair for an employer to dismiss an employee without notice or warning when the employer believes on reasonable grounds that the employee’s conduct is sufficiently serious to justify immediate dismissal. Serious misconduct includes theft, fraud, violence and serious breaches of occupational health and safety procedures. For a dismissal to be deemed fair it is sufficient, though not essential, that an allegation of theft, fraud or violence be reported to the police. Of course, the employer must have reasonable grounds for making the report.”

“(1) If a small business employer has dismissed an employee without notice – that is, with immediate effect – on the ground that the employee has committed serious misconduct that falls within the definition in reg.1.07, then it is necessary for the Commission to consider whether the dismissal was consistent with the “Summary dismissal” section of the Code. All other types of dismissals by small business employers are to be considered under the “Other dismissal” section of the Code.

[22] Auscut submits that Mr Elefantis’ conduct constituted serious misconduct as defined at Regulation 1.07 of the Fair Work Regulations 2009 in that the conduct “was wilful and deliberate and inconsistent with the continuation of employment. It is also likely to constitute conduct that causes serious and imminent risk to the health and safety of a person. In its submission there can be no doubt that the Applicant’s behaviour was sufficiently serious and amounts to serious misconduct under the regulations.” 35

[23] The allegations of serious misconduct included that Mr Elefantis:

[24] I accept that Ms Thomson genuinely held the belief that Mr Elefantis’ conduct was sufficiently serious to justify immediate dismissal. She believed he was aggressive and acting in a way that meant he had no intention of following her directives. She was emotionally shaken by the encounter and continued to be for some hours after the event.

[25] I do not accept that Ms Thomson’s belief at the time was held on reasonable grounds. In significant respects her belief about Mr Elefantis’ conduct overstates what he did, and her belief takes no account of her own contribution to the dispute. Her belief and reaction may have been driven in part by her previous experience of violence.

[27] On the basis of the evidence before me, an objective assessment of the events would show that each was involved in a heated argument and that the various descriptions of there being yelling and shouting were correct; such conduct, though, was mutual. I accept that the dispute involved two subject matters; the failure to complete the timesheets as well as the time Mr Elefantis first attended a job in the previous week.

[28] There is little doubt that each was belligerent to the other. To varying degrees each witness who overheard the dispute heard raised voices consistent with inappropriate workplace conduct. The yelling came about because neither protagonist was about to calmly accept the other’s view. Ms Thomson it seems likely was annoyed Mr Elefantis had, yet again, failed to follow her directions; there was little doubt that in his explanation he was indeed giving her “every reason under the sun as to why he didn’t want to complete a timesheet”. 37 It is doubtful though that Mr Elefantis’ conduct crossed the line into threatening or violent behaviour. At worst he shouted (as did she), grabbed papers, made points by stabbing with his fingers, and moved close to her, invading her personal space. Through his words Mr Elefantis also made it plain he would not complete the timesheets in the way Ms Thomson sought, or at least not complete and submit the timesheets for the past week.

[29] While those things may not be conducive to a continued positive employment relationship, neither do they allow the requisite findings that Mr Elefantis’ dismissal was consistent with the Summary Dismissal part of the Code. Ms Thomson genuinely held a belief that Mr Elefantis’ conduct was sufficiently serious to justify immediate dismissal; however, the evidence does not allow the conclusion that Ms Thomson’s belief was, objectively speaking, based on reasonable grounds.

[30] Despite Auscut’s direction to employees about the changed timesheet arrangements, an informal workaround was in place between Mr Elefantis and Ms Legitsas. Whether it had arisen because Mr Elefantis just could not see the point of completing his timesheets, or because he had a problem with literacy or numeracy, is not clear on the evidence or, for that matter, especially relevant. Instead, the fact of the workaround became known to Ms Thomson only in the week before 11 May 2021, and then became an issue for Ms Thomson on that day because Ms Legitsas was away and she had to complete the payroll herself. When Ms Thomson became angry with Mr Elefantis and challenged him, he reciprocated and dug in. Ms Thomson probably was “giving it to Saki”, and he gave it to her in response. The evidence on those matters, though, does not lead to a finding that Mr Elefantis’ conduct was wilful, and deliberate, and inconsistent with the continuation of employment.

[31] Mr Elefantis’ conduct likely did not cause a serious and imminent risk to the health and safety of a person. The elements of physical misconduct I found occurred are that Mr Elefantis unduly moved within Ms Thomson’s personal space, angrily pointed at her, and tried to grab paper out of her hand. While those matters are misconduct, being both foolish and an indicator that Mr Elefantis would not follow directions given to him unless he happened to agree with them, they are at the lower end of the scale and, on their own, and in the absence of a warning of dismissal if repeated, do not amount to serious misconduct.

[32] The Code provides that notification to the police of a reasonably held allegation of theft, fraud or violence is sufficient to establish consistency with the Code. While in this case there was no report to the police such is a neutral consideration since I have found Mr Elefantis’ dismissal was not consistent with the Code for other reasons.

[33] In conclusion, on the subject of the consistency of Mr Elefantis’ dismissal with the Code, Ms Thomson erroneously held the belief that termination of his employment was, objectively speaking, based on reasonable grounds. Her belief included the matters referred to above, however only some of the elements can be objectively sustained, and then only at the lesser standard of misconduct, and were not serious misconduct.

[34] Accordingly, I am unable to find Mr Elefantis’ dismissal was consistent with the Small Business Fair Dismissal Code.

[35] Determination of whether Mr Elefantis’ dismissal was consistent with the Code, is one of the initial matters that must be decided before determination of the merits of his application. Having determined that his dismissal was not consistent with the Code, I am subsequently required to consider the merits of his application in the manner set out in s.387, the provisions of which section are as follows:

(h) any other matters that the FWC considers relevant.”

[36] Determination of whether the Applicant’s dismissal was harsh, unjust or unreasonable requires each of the matters specified in s.387 to be taken into account. The Full Bench has summarised the approach that should be taken by the Commission to the criteria within s.387 in the following way:

“The following propositions concerning consideration as to whether there is a valid reason for dismissal for the purpose of s.387 are well established: