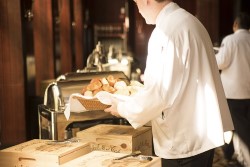 Here is an extract from a recent Fair Work Commission unfair dismissal case decision in which the concept of regular and systematic employment is addressed.

[45] For a period of service as a casual employee to count toward the minimum employment period, it will be necessary that the employee be employed on a regular and systematic basis and have a reasonable expectation of ongoing employment on that basis throughout that period. 18 If during any part of the period one of these elements is not present, that part of the period will not count toward the minimum employment period.19 Once continuous service is established, the employer or employee may only break continuous service by making it clear to the other party that there will be no further engagements.20 Absence for illness or injury does not break a period of continuous service.21

[46] In my opinion, between 24 November 2020 and 25 February 2021, the Applicant was employed on a regular and systematic basis. While there were some days that the Applicant did not work, including over the end of year period and to attend medical appointments, over the period in question the Applicant’s employment was regular in that she was engaged most weeks. I also find that the employment was systematic as I accept the Applicant’s evidence that she generally worked according to a pattern of hours, Monday to Friday, albeit with a slight variation to the start and finishing times as set out in the First Contract.

[48] The Applicant has completed a period of employment with the Respondent that is at least the minimum employment period, as required by s.382(a) of the FW Act. The Respondent’s jurisdictional objection is dismissed. The Applicant’s unfair dismissal application will now be programmed and listed for further hearing.”