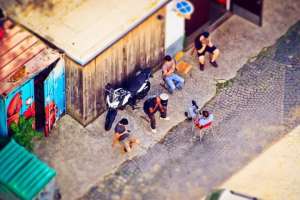 “In the context of earlier award and legislative provisions to the effect that termination of employment should not be harsh, unjust or unreasonable, it has been observed that employers are not required to have the investigative skills of police or legal investigators but are expected to take reasonable steps to investigate allegations and give employees an opportunity to respond. 21 While these observations remain apposite, under the present legislative provisions, in considering whether there is a valid reason for dismissal on the grounds of conduct, the Commission is required to be satisfied that the conduct occurred rather than that the employer had a reasonable belief that this was the case. Thus the standard of the investigation conducted by an employer is not determinative of whether there was a valid reason for dismissal. However the standard of the employer’s investigation may be relevant to other s.387 considerations including whether the dismissed employee had a reasonable opportunity to respond to allegations.

[19] In AWU-FIME v Queensland Alumina Limited 22 Moore J considered a number of decisions of industrial tribunals concerning employees who had been dismissed for fighting in the workplace and observed:

“What emerges from these decisions is that whether a dismissal or termination arising from a fight in the workplace is harsh, unjust or unreasonable will depend very much on the circumstances. However, generally the attitude of industrial tribunals tends to be that the absence of extenuating circumstances, a dismissal for fighting will not be viewed as harsh, unjust or unreasonable. The extenuating circumstances may, and often do, concern the circumstances in which the fight occurred as well as other considerations such as the length of service of the employee, including their work record, and whether he or she was in a supervisory position. As to the circumstances of the fight, relevant considerations include whether the dismissed employee was provoked and whether he or she was acting in self defence.” 23

[20] A relevant consideration in cases involving fighting is whether the conduct occurred outside working hours and the effect that such conduct has on the employment of the persons involved. The cases considering these issues were considered by Vice President Ross (as he then was) in Rose v Telstra Corporation Limited 24 where his Honour observed:

“There is some support for the proposition that the existence of an implied term of trust and confidence in contracts of employment has been accepted in Australia.

The words ‘trust and confidence’ in this context are used in a contractual sense rather than as an ingredient of a personal relationship. As McCarry notes:

‘…the words ‘trust and confidence’, just like the employee’s reciprocal duties of ‘fidelity and good faith’ do not now refer to the ingredients of a personal relationship, even if they once did. The words now represent, in shorthand form, a bundle of legal rights which have more to do with modes of behaviour which allow work to proceed in a commercially and legally correct manner than with ingredients in an interpersonal relationship.’

The above statement is consistent with the shift in the nature of the employment relationship, from status to contract, referred to earlier.

It is clear that in certain circumstances an employee’s employment may be validly terminated because of out of hours conduct but such circumstances are limited:

In essence the conduct complained of must be of such gravity or importance as to indicate a rejection or repudiation of the employment contract by the employee.

Absent such considerations an employer has no right to control or regulate an employee’s out of hours conduct.” (citations omitted)”