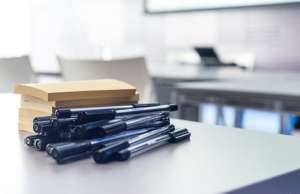 Persons who are officers of companies under the Corporations Act, such as directors and company secretaries, may or may not be employees of the company for the purposes of the Fair Work Act. It is not uncommon for persons occupying a statutory position such as that to fall out with the company and then seek a resolution of the resulting dispute in unfair dismissal case.

In that case, the Fair Work Commission will determine whether or not the office bearer is an employee by analysing the contractual relationship, and in particular whether or not there was an express or implied contract of employment.

“A company secretary is an officer of a company, the responsibilities of which are regulated by the Corporations Act 2001. An officer of a company can also be an employee of a company, but this is not necessarily the case. In small private companies, it is common for a person to undertake the role of company secretary without entering into any employment relationship with the company. This is what occurred in the present case. No doubt Mrs Kim-Walker has worked hard for the company she founded with her husband in 2015. But she was not an employee of that company.”