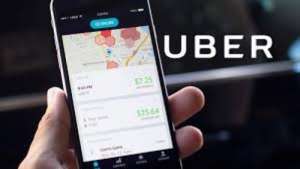 This post contains an extract from a recent decision of the Fair Work Commission about the current tests to be applied when determining whether a legal relationship is that of employer and employee or principal and contractor. The context is an unfair dismissal case (or as it was rather quaintly put by the Commissioner who decided the case and who always delivers decisions with a quirky turn of phrase “for an unfair dismissal remedy following the deactivation of his capacity to work as an Uber driver in Melbourne”.
“The Commission’s approach, following the Courts on the matter, is to apply a multifactorial approach to determination of whether a person is subject to a contract of employment or contract of services. The Full Bench most recently set out the relevant principles in Jiang Shen Cai trading as French Accent v Michael Anthony Do Rozario 10 (French Accent). In that decision the Full Bench explicitly continued earlier reasoning on such determinations with its reference to Abdalla v Viewdaze Pty Ltd:11
“[18] We endorse the proposition in sub-paragraph (1) of the Abdalla summary, based on the High Court authorities, that:
“… the ultimate question will always be whether the worker is the servant of another in that other’s business, or whether the worker carries on a trade or business of his or her own behalf 12: that is, whether, viewed as a practical matter, the putative worker could be said to be conducting a business of his or her own13. This question is answered by considering the terms of the contract and the totality of the relationship14.””15 (references in original)
In assessing this question, the Commission will take account of the nature of the work performed and the manner in which it is performed. It will consider the terms and terminology of the contract between the parties. It will also give consideration to the various indicia drawn from authorities to guide a decision. A consideration of those indicia informed by the context of the nature of the work performed and the terms of the contract may point overwhelmingly one way or another and a determination should then be in accordance with that result:
“…. However, a consideration of the indicia is not a mechanical exercise of running through items on a check list to see whether they are present in, or absent from, a given situation. The object of the exercise is to paint a picture of the relationship from the accumulation of detail. The overall effect can only be appreciated by standing back from the detailed picture which has been painted, by viewing it from a distance and by making an informed, considered, qualitative appreciation of the whole. It is a matter of the overall effect of the detail, which is not necessarily the same as the sum total of the individual details. Not all details are of equal weight or importance in any given situation. The details may also vary in importance from one situation to another. …” 16
Remaining uncertainty may then require resolution through consideration of the terms of the parties’ documented agreement, or principles of vicarious liability. 17”
Pallage v Raiser Pacific Pty Ltd (2018) FWC 2579 delivered 11 May 2018 per Wilson C