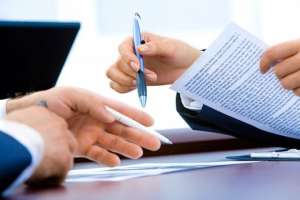 It is a reasonably common practice in unfair dismissal conferences in the Fair Work Commission nowadays for the parties to agree to a settlement which includes making the dismissal go away by the employer revoking it and accepting a resignation in its place.

Although this is somewhat of an artificial device, since a dismissal cannot technically be made to disappear (because it has occurred) it is regarded as being valuable by many employees who thereafter can advise a prospective employer that he or she is no longer with a former employer due to having resigned.

This device is a particularly powerful , valuable and useful tool in some industries, for example the mining industry in Western Australia where many mining companies and contractors have access to a digital data base which can include matters relating to recruitment and de-mobilization from site, including by dismissal.

The device is regarded by some as a cynical exercise, but nonetheless many employers are not bothered by it  because it can replace monetary compensation and the future employment prospects of a former employee may be of little interest to a former employer keen to extract itself from an unfair dismissal case.