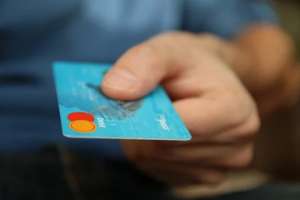 In what might by some be regarded as a controversial decision, a very experienced Commissioner of the Fair Work Commission has held in an unfair dismissal case that  an applicant’s “repeated, deliberate and dishonest misuse of his company credit card was misconduct” but that he should be awarded “nominal compensation” for unfair dismissal because of serious procedural irregularities by the employer. Here is an extract from the decision

[67] The applicant was dismissed for misconduct involving his significant, deliberate misuse of his company credit card. This misconduct was considered by the employer to have resulted in a loss of the trust and confidence necessary to continue the applicant’s employment. Upon careful analysis, the employer’s findings of misconduct have been confirmed.

[68] The misconduct of the applicant which involved his repeated, deliberate and dishonest misuse of his company credit card was misconduct that was plainly inconsistent with the continuation of employment and it established valid reason for the dismissal of the applicant. However, the applicant’s misconduct should be appropriately characterised and not overstated.

[69] The applicant engaged in deliberate and dishonest conduct, but he was not involved in extensive fraudulent activities that attempted to deprive the employer of significant amounts of money. It should be acknowledged that the applicant was prepared to repay the amounts that he had dishonestly expended on his company credit card. Further, the employer was prepared to permit the applicant to resign, and it paid additional amounts on termination which was a reflection of the lower level of severity that it genuinely applied to the applicant’s misconduct.

[70] The valid reason for the dismissal of the applicant, when appropriately characterised, has been assessed and evaluated against the significant procedural errors which were evident in the process that the employer adopted, whereby it failed to provide natural justice to the applicant and instead engaged in a process that represented an ambush that was designed to induce his immediate resignation. In this instance, manifest fault has been established in respect of the conduct of both the applicant and the employer.

[71] The procedural errors in this case were matters of significance such that the applicant was denied natural justice. There was no justification for the employer not providing the applicant with details of the allegations regarding the misuse of his company credit card in advance of a meeting at which he would be given a proper opportunity to provide explanation or offer defences.

[72] Therefore, although the applicant was dismissed for valid reason involving his misconduct, the significant procedural defects evident in respect of the manner in which the employer induced the resignation of the applicant and denied him proper opportunity to explain or defend his actions, have rendered the dismissal to have been unjust. The applicant’s dismissal has been found to have been unfair, and the Commission must logically consider the appropriate remedy that should be provided in this instance.

[73] The applicant has not sought reinstatement as remedy for his unfair dismissal. The written submissions provided on behalf of the applicant sought a remedy of compensation of “the maximum available 26 weeks of payment.”

[74] In the circumstances, particularly as the employment of the applicant was irreparably damaged by the nature of his misconduct, reinstatement would not be an appropriate remedy. Further, in the particular circumstances of this case which involved misconduct, the appropriate remedy would logically contemplate potential for reduction of any amount of monetary compensation.

[75] I have decided that compensation would be an appropriate remedy for the applicant’s unfair dismissal, and I turn to the factors which involve the quantification of any amount of compensation.

[76] Section 392 of the Act prescribes certain matters that deal with compensation as a remedy for unfair dismissal. I have approached the question of compensation having regard for the guidelines that have been established in the Full Bench Decisions of, inter alia; Sprigg v Paul’s Licensed Festival Supermarket 4 (Sprigg); Smith and Ors v Moore Paragon Australia Ltd 5 and more recently, the cases of; McCulloch v Calvary Health Care Adelaide6; Balaclava Pastoral Co Pty Ltd v Nurcombe;7 and Hanson Construction Materials v Pericich8 (Pericich).

[77] Firstly, I confirm that an Order for payment of compensation to the applicant will be made against the respondent employer in lieu of the reinstatement of the applicant.

[78] Secondly, in determining the amount of compensation that I Order, I have taken into account all of the circumstances of the matter including the factors set out in paragraphs (a) to (g) of subsection 392 (2) of the Act.

[79] There was no evidence provided which established that an Order of compensation would impact on the viability of the employer’s enterprise.

[80] The applicant had been employed for a period of about three years and two months. The applicant would have been likely to have received remuneration of approximately $1,230.00 per week if he had not been dismissed.

[84] Thirdly, in this instance there was established misconduct of the applicant, and consequently I have decided to make a reduction of 50% to the amount of compensation to be provided to the applicant on account of his misconduct.

[85] Fourthly, I confirm that any amount Ordered does not include a component by way of compensation for shock, distress or humiliation, or other analogous hurt caused to the applicant by the manner of the dismissal.

[86] Fifthly, the amount Ordered does not exceed the compensation cap as prescribed by s. 392 (5) of the Act.

[87] Consequently, for the reasons outlined above, taking into account all of the circumstances of the case, and having cognisance so as not to apply the approach taken in the Decision in Sprigg in a rigid, determinative manner, as was cautioned in the Decision in Pericich, I have decided that the amount of compensation to be provided to the applicant should be a gross figure of $1,230.00.

[88] Accordingly, separate Orders [PR724429] providing for unfair dismissal remedy in these terms will be issued.”