Unfair dismissal compensation and the parties at “breaking point” 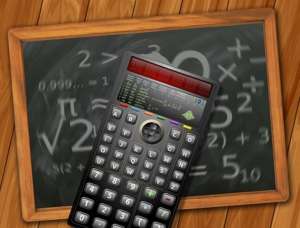 When assessing compensation for unfair dismissal, the Fair Work Commission ordinarily follows a formula referred to by practitioners as Sprigg. One of the requirements in that context is for the Commission to make an assessment of how long the employee who has been found to have been unfair dismissal would have continued to have been employed but for the dismissal. Where the relationship between the principals is “at breaking point”, the Commission will generally regard that length as modest. Here is an example, made clear in the following passage from a recent decision in the Commission.

Ms Dudley made clear she did not seek reinstatement and instead sought compensation. Ms Dudley was paid $21.50 per hour at the time of termination. Her contract of employment was permanent part time for 15 hour per week, however the evidence was that 11 May was the first day that Ms Dudley had worked in approximately two months because of COVID-19 and the associated impact on the business.

Ms Mockridge confirmed that Ms Dudley was not paid notice on termination. Ms Dudley said she would otherwise have been entitled to four weeks’ notice but for the summary dismissal. There was clearly significant strain on the relationship between Ms Dudley and Ms Mockridge. There is a degree of speculation about estimating how much longer the relationship would have survived and how much future income would have been earned had she not been dismissed on 11 May given all of the issues in play. Whilst the length of employment was considerable, it is apparent the relationship was nearing breaking point. I have estimated that Ms Dudley would have earned the equivalent of another eight weeks’ pay at her contracted rate which is $322.50 per week multiped by eight weeks equating to $2,580.

Ms Dudley said she had not gained employment as at the time of the hearing in September 2020. Ms Dudley said she had been working with a friend with “holiday help on the island” starting about 25 May, earning $20 an hour and getting a couple of hours a week approximating $40 a week, and had done that about four times equalling approximately $160. $160 subtracted from $2,580 equals $2,420.

For reasons explained above I have found Ms Dudley engaged in misconduct on 11 May 2020 which ultimately contributed to the reason to terminate her employment. On that basis I deduct two week’s pay under s.392(3), bringing the amount to $1,775.50.

There are no other matters I consider relevant. I intend to issue an order separately and concurrently with this decision that Mhilian Pty Ltd pay Ms Michelle Dudley the sum of $1,775.50 gross taxed according to law within 28 days of the date of this decision.”