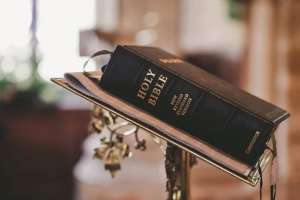 The issue whether the legal nature of the relationship between a church and a minster or pastor in Australia is that of employer and employee can often be a difficult one, as  can be seen from the following passage from an unfair dismissal decision in the Fair Work Commission recently.

[41] The Church emphasised the differences between the facts of the present case and those in Ermogenous, where the respondent was not a church, but an association concerned with both religious and cultural activities. I agree that the facts of the present case differ from those in Ermogenous in a number of respects. However, the High Court’s reasoning remains centrally relevant.

[42] In their joint judgment, Gaudron, McHugh, Hayne and Callinan JJ said that it is of the very essence of a contract that there be a voluntary assumption of a legally enforceable duty and that this required that there be identifiable parties, certain terms, and, unless the arrangement is made under deed, real consideration. 3 Their Honours noted however that the circumstances may show that the parties did not intend their agreement to be legally enforceable and that in considering whether this is so a court may take into account ‘the subject matter of the agreement, the status of the parties to it, their relationship to one another, and other surrounding circumstances’.4 They continued:

“Because the search for the “intention to create contractual relations” requires an objective assessment of the state of affairs between the parties (as distinct from the identification of any uncommunicated subjective reservation or intention that either may harbour) the circumstances which might properly be taken into account in deciding whether there was the relevant intention are so varied as to preclude the formation of any prescriptive rules. Although the word “intention” is used in this context, it is used in the same sense as it is used in other contractual contexts. It describes what it is that would objectively be conveyed by what was said or done, having regard to the circumstances in which those statements and actions happened. It is not a search for the uncommunicated subjective motives or intentions of the parties.” 5

………………………. The Church relied on the decision of the New South Wales Industrial Relations Commission in Knowles v The Anglican Property Trust, Diocese of Bathurst 6 (Knowles), which concluded that the Commission did not have jurisdiction to deal with an unfair dismissal application brought by a minister of the Anglican Church. Wright J considered the English and Australian authorities and concluded that the relationship between the minister and the respondent was not based on contract. His Honour stated:

“The materials clearly show that the relationship was a religious one; to paraphrase the words of Priestley JA in Scandrett, a consensual compact to which the parties were bound by their shared faith based on spiritual and religious ideas – not based on a common law contract.”

[52] However, Knowles, which was decided before Ermogenous, involved consideration of the ecclesiastical constitution and canons applicable to the Anglican Church in Australia. The case turned on its facts. Moreover, a consensual compact to which the parties are bound by their shared faith does not preclude the concurrent existence of a common law contract. There might be a religious compact as well as a legal one. In another case cited by the Church in its submissions, Commissioner Booth adopted Wright J’s reasoning in upholding a jurisdictional objection to an unfair dismissal in Steven Threadgill v Corporation of the Synod of the Diocese of Brisbane 7:

“[23] Rev Threadgill’s role was one within the church proper, primarily or entirely religious in character, as affirmed by the relief sought. His post was under the archbishop’s licence, which (subject to the canons) is discretionary. His case is materially different in those respects from Ermogenous and Bellia but cannot be materially distinguished from Knowles.”

[53] Here one can see again the relevance of the internal rules of the Anglican Church, which, the Commissioner concluded, rendered the minister’s post in that case discretionary. The structures of church governance may be very relevant to ascertaining whether there is an intention to create legal relations. 8 But there is nothing in the constitution of the Church in this matter that indicates that pastors cannot or will not be employees of the Church. Plainly their role is a religious and spiritual one. But that does not mean that they cannot have a legal relationship with the Church, including one of employment. Further, contrary to the submissions of the Church, the constitution does in fact envisage dispute resolution outside the structures of the Church. Clause 10.7.10 states that if the mediation process outlined in the clause does not result in the resolution of a dispute, the parties may seek to resolve it in accordance with the Associations Incorporation Act ‘or otherwise at law’.

[54] The Church contended that no intention to be legally bound was ever expressed by the parties, and pointed to the observation in the joint judgment in Ermogenous that, in ascertaining whether there is an intention to create legal relations, one does not embark on a search for the ‘uncommunicated’ intention. 9 But the Court was not suggesting that there must be an express articulation of an intention to create legal relations. It was emphasising that the inquiry into whether there was such an intention is an objective one and is not concerned with the unexpressed state of mind – the ‘uncommunicated subjective motives or intentions of the parties’.

[56] Whether a contract of employment exists is to be considered objectively based on all of the available evidence. In the present case, Mr Woldeyohannes worked as a full-time assistant pastor of the Church for nine years. He was paid a regular and consistent salary. He was granted annual and personal leave. He was back paid annual leave for years where leave had been overlooked. There was in my view a work for wages agreement. If it were not for the religious nature of his role, it is very difficult to see how there could have been any question at all that Mr Woldeyohannes was an employee of the Church. It has been clear since Ermogenous that the religious character of a relationship does not create any presumption against an intention to create legal relations, and that it is simply to be analysed objectively, like any other relationship.