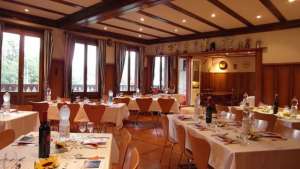 The concept of the rights of casual employees when hours are reduced is complex, as is evident in this extract from a recent decision of the Fair Work Commission in an unfair dismissal case.

“There is a clear legislative intent that the unfair dismissal provisions in Chapter 3 Part 3 – 2 of the Act apply to casual employees. In Khayam v Navitas English Pty Ltd t/a Navitas English 20 a majority of a Full Bench of the Commission made the following observations about the operation of unfair dismissal provisions in Part 3-2 of the Act with respect to casual employees:

“[70] Fourth, s 384(2)(a) gives a clear indication that casual employees who have been employed on a regular and systematic basis and during that service have had a reasonable expectation of continuing employment on a regular and systematic basis are intended to be included in the unfair dismissal scheme in Pt 3-2. Section 382(a) requires that, in order for a person to be “protected from unfair dismissal” for the purpose of the Part, the person must have completed a period of employment with the employer of at least the “minimum employment period”. The “minimum employment period” is defined in s 383 to mean one year in the case of a small business employer and 6 months in the case of all other employers. Section 384(1) provides that an employee’s “period of employment” with an employer is the period of continuous service the employee has completed with that employer. Section 384(2)(a) then provides:

(i) the employment as a casual employee was on a regular and systematic basis; and

(ii) during the period of service as a casual employee, the employee had a reasonable expectation of continuing employment by the employer on a regular and systematic basis; …

[71] It is reasonably apparent that, notwithstanding that it is expressed as an exclusionary provision, the purpose of s 384(2)(a) is to confirm that casual employees of the type referred to are included in the operation of Pt 3-2 and are able to make an application for an unfair dismissal remedy. However there is a difficulty in that, conventionally, casual employment is taken to be constructed of daily or shorter contracts of employment (although this is not a universal indicium of casual employment and in some cases the existence of a longer-term contract of employment may be inferred). 77 Where a casual employee is taken to be engaged under a sequence of daily contracts, then if a casual completes their engagement on a particular day and is never thereafter engaged by the employer, contractually the employment has come to an end by agreement due to the effluxion of the contractual term rather than by any act by the employer to terminate the contract. If that situation was incapable of being characterised as a dismissal under s 386(1)(a) it would substantially or entirely defeat the operation of s 386(2)(a).” 21

[126] Various cases before the Commission and the Courts have established that the concept of casual employment is capable of a number of meanings. A “true casual” has traditionally been defined as working under informal, uncertain and irregular arrangements. 22 Increasingly however, there are casual employees who work for the same employer, for the maximum ordinary hours that can be worked in a week and who are rostered for extended periods. There are cases where casual employees have been found to be employed under a single continuing contract of employment although as the Full Bench in City of Sydney RSL v Balgowan23 (Balgowan) observed, such cases are rare.

(a) The person’s employment with his or her employer has been terminated on the employer’s initiative; or

[128] The Explanatory Memorandum to the Fair Work Bill 2008 states as follows in relation to this provision:

[129] In Mohazab v Dick Smith Electronics Pty Ltd 24 the Industrial Relations Court of Australia was dealing with a case where an employee resigned his employment after being directed to do so or the police would be called. The Court did not consider the issues in that case solely within the paradigm that has been described as constructive dismissal. Rather the Court considered the meaning to be given to the term “termination at the initiative of the employer” and held that:

[130] The Court went on to cite with approval the judgement of Wilcox CJ in APESMA v David Graphics Pty Ltd 26 where his Honour said:

“[23] In our view the full statement of reasons in Mohazab which we have set out together with the further explanation by Moore J in Rheinberger and the decisions of Full Benches of this Commission in Pawel and ABB Engineering require that there… be some action on the part of the employer which is either intended to bring the employment to an end or has the probable result of bringing the employment relationship to an end. It is not simply a question of whether “the act of the employer [resulted] directly or consequentially in the termination of the employment.” Decisions which adopt the shorter formulation of the reasons for decision should be treated with some caution as they may not give full weight to the decision in Mohazab. In determining whether a termination was at the initiative of the employer an objective analysis of the employer’s conduct is required to determine whether it was of such a nature that resignation was the probable result or that the appellant had no effective or real choice but to resign.”