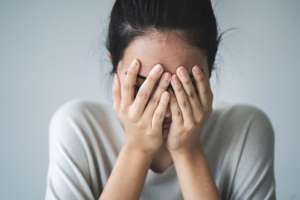 Here is a passage from a Fair Work Commission unfair dismissal case which sets out what constitutes serious workplace misconduct. It is an important concept because an employee who  commits it can be summarily dismissed without notice or pay in lieu and can lose entitlements to long service leave.

‘97. To define “serious misconduct” by reference to its “ordinary meaning” as is done in reg.1.07(1) of Div.2 of Part 1-2 of Ch.1 of the FW Regulations is not of particular assistance in determining whether or not the conduct for which the employee has been terminated is serious misconduct disentitling an employee to the minimum period of notice prescribed under the NES. That is because, both historically and in more modern times, courts have been wary of defining the extent of “misconduct” which justifies dismissal, and where they have attempted the task have made it clear that the misconduct must be sufficiently “serious” as to warrant non-continuation of the contract between employer and employee. Thus, the “ordinary meaning” definition of “serious misconduct” adds little, if anything, to the content of the meaning of “serious misconduct”.

… if summary dismissal is claimed to be justifiable, the question must be whether the conduct complained of is such as to show the servant to have disregarded the essential conditions of the contract of service.

… one act of disobedience or misconduct can justify dismissal only if it is of a nature which goes to show (in effect) that the servant is repudiating the contract, or one of its essential conditions; and for that reason, therefore, I think that one finds in the passages which I have read that the disobedience must at least have the quality that it is “wilful”: it does (in other words) connote a deliberate flouting of the essential contractual conditions.

It is of assistance to consider the expression “misconduct” by reference to subject matter to which it is related and the context in which it appears. The subject matter is the termination by one party against the will of another of a continuing contract of employment on the ground of breach of one of the terms of the contract. And the context is such as to indicate that certain breaches of a non-serious nature, some of which would be within the connotation of misconduct, are not regarded as grounds for termination. In such a situation it is reasonable to interpret the expression “misconduct” as referring to conduct so seriously in breach of the contract that by standards of fairness and justice the employer should not be bound to continue the employment.

This situation would arise if there were conduct inconsistent with the fulfillment of the express or implied conditions of service. It is conduct of that kind which will justify dismissal at common law.

The use of the adjective “serious” imposes an additional requirement before the Bank can terminate employment without notice. Something more than mere misconduct is required.

[61] Before leaving the general statutory provisions, I repeat the statutory instruction in s 381(2) of the Act to apply the principle of a ‘fair go all round’:

‘(2) The procedures and remedies referred to in paragraphs (1)(b) and (c) and the manner of deciding on and working out such remedies, are intended to ensure that a “fair go all round” is accorded to both the employer and employee concerned’