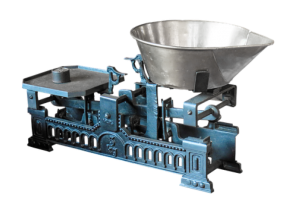 One of the critical and common functions of the Fair Work Commission when determining unfair dismissal cases is the task of determining whether an employer has made out a case of misconduct. This is often a tricky exercise, particularly when matters of credit are at stake. Another fundamental issue which crops up often is the issue of the height of the bar, that is to say the degree of persuasion involved in establishing various levels of alleged misconduct.

Here is an extract from a recent case which expresses the issue very well.

“An employer must have a valid reason for the dismissal of an employee. It is the Commission’s task to determine if a valid reason exists. The reason(s) should be “sound, defensible and well founded” 85 and should not be “capricious, fanciful, spiteful or prejudiced.”86

In a conduct-based dismissal (except where the Small Business Fair Dismissal Code applies), the test is not whether the employer believed on reasonable grounds, after sufficient inquiry, that the employee was guilty of the conduct. The Commission must itself make findings as to whether the conduct occurred based on the evidence before it. 87

Where an employee is dismissed for misconduct, an evidentiary onus rests on an employer to establish that, on the balance of probabilities, the misconduct occurred. 88

In applying that approach I recognise that the standard of proof remains a civil standard. The allegations are allegations of dereliction of professional obligations as a teacher. Serious though they are, they are not criminal charges. I adopt the approach set out in the joint judgment of Mason CJ, Brennan, Deane and Gaudron JJ in Neat Holdings Pty Ltd v Karajan Holdings Pty Ltd and Others: 91

“2. The ordinary standard of proof required of a party who bears the onus in civil litigation in this country is proof on the balance of probabilities. That remains so even where the matter to be proved involves criminal conduct or fraud. On the other hand, the strength of the evidence necessary to establish a fact or facts on the balance of probabilities may vary according to the nature of what it is sought to prove. Thus, authoritative statements have often been made to the effect that clear or cogent or strict proof is necessary “where so serious a matter as fraud is to be found”. Statements to that effect should not, however, be understood as directed to the standard of proof. Rather, they should be understood as merely reflecting a conventional perception that members of our society do not ordinarily engage in fraudulent or criminal conduct and a judicial approach that a court should not lightly make a finding that, on the balance of probabilities, a party to civil litigation has been guilty of such conduct. As Dixon J commented in Briginshaw v Briginshaw:

“The seriousness of an allegation made, the inherent unlikelihood of an occurrence of a given description, or the gravity of the consequences flowing from a particular finding are considerations which must affect the answer to the question whether the issue has been proved …”.

There are, however, circumstances in which generalisations about the need for clear and cogent evidence to prove matters of the gravity of fraud or crime are, even when understood as not directed to the standard of proof, likely to be unhelpful and even misleading.” [footnotes omitted]

When considering applications alleging unfair dismissal, this approach has been endorsed by the Federal Court of Australia 92 and by full benches of this Commission.93”