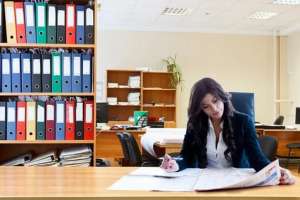 It is quite common for employers to terminate the employment of an employee on the basis that the employee is unable to perform the inherent requirements of a job. The major issue in an ensuing unfair dismissal case is often whether there was, in those circumstances, a valid reason for the dismissal based upon the performance or capacity of the employee; see sec 387 Fair Work Act 2009. The issue may also involve an analysis of the qualifications of the employee.

[69] In the case of DA v Baptist Care SA 14 a Full Bench of the Commission explained that the concept of capacity in section 387 (a) of the Act, as a basis for a valid reason for dismissal, goes beyond the physical or skill capacity of an employee and also encompasses situations where employees do not have a necessary licence, certification, qualification or approval to lawfully perform the inherent requirements of their job. The Full Bench further considered, as follows, the responsibilities of an employer in circumstances where the capacity of the employee to perform their job is affected by the actions of a third party.

“[32] Second, in a situation where an employee’s capacity to perform the inherent requirements of their job is affected by the actions of a third party, the employer still has an obligation to treat the employee fairly. The principle in this respect was stated by Deputy President Asbury in Stevens v ISS Property Services Pty Ltd, in the context of a situation where the work capacity of an employee of a labour hire business is affected by the actions of the host employer, as follows:

“[12] A number of cases have considered the manner in which the matters in s. 387 of the Act are considered in circumstances where an employer provides labour to a client and the client directs the employer to remove the employee from a site. As a Full Bench of the Commission observed … in Donald Pettifer v MODEC Management Services Pty Ltd (Pettifer) labour hire arrangements in which a host employer has the right to exclude a labour hire employee from its workplace, are becoming a common part of the employment landscape in Australia. The reality for companies in the business of supplying labour is that they frequently have little if any control over the workplaces at which their employees are placed and the rights of such companies in circumstances where a client seeks the removal of an employee are limited. However, this is not a basis upon which companies in the business of supplying labour to clients can abrogate responsibility for treating employees fairly when dismissal is the result of removal from a particular site and the fairness of the dismissal is considered with reference to the matters in s. 387 of the Act.”

[33] The above is founded upon a similar formulation of the principle stated in Deputy President Asbury’s decision in Kool v Adecco Industrial Pty Ltd, which was expressly approved by Full Benches in Pettifer v MODEC Management Services Pty Ltd and Tasmanian Ports Corporation Pty Ltd t/a Tasports v Gee. Considerations which may arise in an assessment of whether the employer has acted fairly towards the employee in the type of situation described may include the extent to which the employer has the power to alter, modify or challenge the outcome determined by the third party, the extent to which the employer has exercised that power, and the capacity of the employer to redeploy the employee to a position where the employee’s capacity is not affected by the third party’s conduct. In Pettifer, the dismissal was found not to be unfair in circumstances where it was demonstrated that the labour hire employer was bound by its contract with the host employer to remove an employee from the worksite where instructed to do so by the host employer, and where the employer actively explored opportunities for redeployment but was unable to identify any suitable alternative position. By contrast, in Tasports, the dismissal was found to be unfair in circumstances where the employer did not place its contract with the host employer into evidence and thus did not demonstrate that it had no recourse to preserve the employee’s employment at the host employer’s worksite, nor did it adequately investigate options for the employee’s redeployment.” (References omitted)”