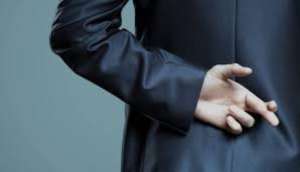 It is a matter of repetitive frustration to employment law practitioners, whether they be practising lawyers, industrial agents like me or trade union officials and employee relations practitioners, that is more often than it should be very difficult to forecast the outcome of an unfair dismissal case. And this is so whether giving advice at the outset or even as late as the conclusion of the evidence.

There are many reasons for this. Some of them are acceptable, and others are not.

The first is the vocational background of the person hearing the case. This is unacceptable.

The second is the unpredictability of witnesses and their credibility. This is acceptable.

The third is the competency of the advocates. This is unacceptable, but inevitable given the adversarial nature of litigation.

The fourth is that the Fair Work Commission has decided, I am not quite sure why, that a decision as to whether a dismissal is relevantly unfair is “discretionary”. Now the Commission I daresay has based this proposition on the fact that it is commanded by the Fair Work Act to take into account a number of express matters; see sec 387. And I understand that a consideration of those matters may result in honest people with different backgrounds reaching different conclusions about what is harsh, unjust and unreasonable.

Perhaps though I am flogging a dead horse.

“Mr Urso’s challenge to the discretionary conclusion that his dismissal, taking into account all the s 387 matters, was not harsh, unjust or unreasonable, was somewhat of an afterthought in his appeal submissions. There was clearly a range of mitigating factors in Mr Urso’s case that were relevant under s 387(h), and they were expressly taken into account by the Deputy President in the Decision. That they were not given the weight which Mr Urso would have liked them to be given does not constitute appealable error. 5 While the Deputy President’s consideration of these mitigating factors might be said to be somewhat cursory, her conclusion that they did not render the dismissal as being disproportionate to the gravity of the misconduct and therefore harsh was, we consider, reasonably open to her in the exercise of her discretion. A conclusion that Mr Urso’s dismissal was harsh taking into account these mitigating factors might have been available had he acknowledged his responsibility for his intoxication and his consequent failure to attend for duty. However, he advanced his case primarily on the basis that what occurred was not his fault, and once that central element of his case was rejected it obviously became difficult for the alternative proposition that he was genuinely remorseful and would ensure that the conduct did not recur in the future to be accepted. We certainly do not consider that the Deputy President’s rejection of this alternative case to have been unjust or unreasonable such as to justify appellate intervention.”