Unfair dismissal cases; how to assess the credibility of witnesses 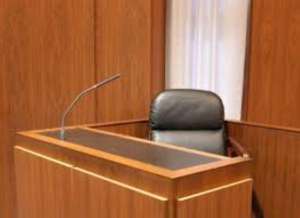 Unfair dismissal cases; how to assess the credibility of witnesses

Most unfair dismissal cases which are not resolved at conciliation and which proceed to a formal hearing, often called arbitration, involve a contest as to the facts. Were it otherwise, provided that the parties are competently advised, there should be no need for a formal trial of the issues.

Accordingly, and assuming that the hearing is conducted competently by the Fair Work Commission, the issue of who is to be believed, called a question of credit, depends upon an assessment of the evidence given to the Commission by witnesses. But how is this achieved? Here is an answer, albeit one from the Federal Court of Australia.

“In arriving at conclusions about the veracity of witnesses in their evidence, to some extent it was necessary for me to address the demeanour of those witnesses in the witness box.  The task of assessing witness’s demeanour in an oath against oath case, as was this case, is of special relevance, as Kirby J pointed out in State Rail Authority of New South Wales v Earthline Constructions Pty Ltd (in liq).[60]  Yet that is not to say that every case involves an assessment of witness demeanour in isolation.  In fact, in Devries v Australian National Railways Commission,[61] Deane and Dawson JJ held that cases in which findings of fact and assessment of credit are based on demeanour are the exception rather than the rule.  In the later decision of the High Court in Fox v Percy,[62] Gleeson CJ, and Kirby J observed that judges increasingly tend to limit their reliance upon the appearances of witnesses and to reason their conclusions as far as possible on the basis of contemporaneous materials, objectively established fact and on the apparent logic of events.