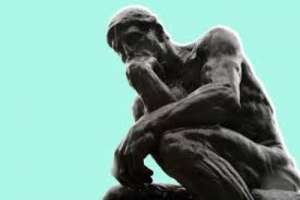 The Fair Work Act has quite extensive provisions about the statutory factors which are to be taken into account in assessing whether the dismissal of an employee is relevantly unfair. The orthodox approach followed by most (but not all) of the members of the Fair Work Commission in dealing with an unfair dismissal claim is to first determine whether the employee is protected from unfair dismissal and then to turn to sec 387 of the Act which seats out  a number of specific factors which are to be considered.

At the end of the day however, despite this rather structured process of analysis, the matter calls for a subjective determination or “evaluative judgment”. This is an example.

“Having considered each of the matters specified in section 387 of the Act, my evaluative judgment is that Wambo’s dismissal of Ms Brooks on 25 August 2017 was harsh and unreasonable. Although Wambo had a valid reason for its decision to dismiss Ms Brooks, the procedural deficiencies associated with the procedure followed leading up to the dismissal 68 gave rise to substantive and practical unfairness for Ms Brooks. As a result of those procedural deficiencies, the decision to dismiss Ms Brooks was made on the basis of incomplete information and at a time shortly after she had undergone surgery, with the result that it would be difficult, if not impossible, at that time to make an assessment of the likelihood of Ms Brooks returning to her role as an Open Cut Operator in the foreseeable future. I am satisfied that an employer acting reasonably in the circumstances and with knowledge that Ms Brooks underwent surgery on 14 August 2017 would not have dismissed Ms Brooks on 25 August 2017.”