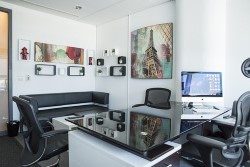 The Small Business Fair Dismissal Code contains a potential jurisdictional defence for small business employers involved in an unfair dismissal case where the dismissal of an employee is carried out in accordance with the defence in the Code. However this is self evidently a difficulty for an employer who defends the case on the basis that there was no dismissal and on the basis that the employee resigned.

[94] Mr Robinson submitted at the determinative conference that whilst the primary argument of the Respondent is there has been no dismissal, if it is found there was a dismissal, that for the purposes of the Code it is asserted that the dismissal was a summary dismissal. On that basis the relevant part of the Code is that pertaining to Summary Dismissal which reads as follows:

It is fair for an employer to dismiss an employee without notice or warning when the employer believes on reasonable grounds that the employee’s conduct is sufficiently serious to justify immediate dismissal. Serious misconduct includes theft, fraud, violence and serious breaches of occupational health and safety procedures. For a dismissal to be deemed fair it is sufficient, though not essential, that an allegation of theft, fraud or violence be reported to the police. Of course, the employer must have reasonable grounds for making the report.”

[95] I have considered all of the evidence and am not satisfied that there existed reasonable grounds at the time of termination for Mr Robinson to hold the belief that the Respondent was justified in immediately dismissing the Applicant at that time.

[96] The evidence regarding the dispute concerning the Applicant’s mother and arrangements between the Respondent and LGC did not justify a belief that his conduct was sufficiently serious to justify immediate dismissal as the communications the Applicant was wanting to have with LGC were in the context of the care of his mother. Mr Robinson’s evidence was to the effect that he merely wanted the Respondent to have the opportunity to respond to LGC first. The Applicant provided the Respondent with a timeframe within which he was prepared to not respond until 30 July 2021, which was the end of the week, allowing the Respondent to communicate with LGC before that date. It was not disputed that Mr Robinson restricted the Applicant’s access to his phone, and subsequently also the Office 365 computer program.

[97] On the basis of the evidence in regard to the claims of Mr Robinson that the Applicant had been paying himself additional superannuation amounts, taking annual leave without deducting that leave and paying himself additional wages increases, the evidence tends to indicate that the Applicant had not done anything out of step with discussions that had occurred at an earlier point in relation to these matters, were matters known to others within the Respondent and appeared to have been implemented not just for the Applicant but for others. In the case of the allegation concerning annual leave, there was little in the way of specific evidence to make out a basis for the allegation. On that basis I am not satisfied that the Applicant’s conduct justified a reasonable basis for a belief that his conduct was sufficiently serious to justify immediate dismissal in relation to these matters.

[98] I am also not satisfied that the Applicant’s reluctance to attend a meeting where he would not have a support person, and also did not have clarity over the purpose of the meeting amounted to conduct that would justify a reasonable belief that his conduct was sufficiently serious to justify immediate dismissal for not attending in the circumstances.

[99] Mr Robinson relied on an email sent to him from Mr Clarke on 13 August 2021 to support his view that the Applicant was deliberately restricting access to systems such as Microsoft Office. Mr Clarke did not give evidence. The Applicant gave evidence that from about 29 July 2021, he was unable to access the systems himself because of the actions of Mr Robinson. The Applicant did send an email to Mr Clarke on 12 August 2021 to the effect that he would cooperate with Mr Clarke’s requests if he was paid. It is notable the Applicant had not been paid by the Respondent for some time by 12 August 2021. The Applicant made a request for his access to be restored to complete the requested tasks. Considering the evidence overall, I am not satisfied that the facts supported a basis for a reasonable belief on the part of Mr Robinson that the Applicant had made changes to the Respondents Information Technology systems blocking access for others.

[100] The evidence provided by Mr Robinson concerning the allegation that the Applicant’s interpersonal communications with other staff or an alleged loss of a contract because of his conduct was insufficient to be satisfied it would justify a reasonable belief that his conduct in relation to either of these issues was sufficiently serious to justify immediate dismissal for not attending in the circumstances.

[101] Further matters were raised by Mr Robinson in relation to some financial transactions he became aware of in the Respondents accounting system, but he did not provide sufficient evidence concerning these issues such that I could be satisfied that they would justify a reasonable belief that the Applicants had engaged in any alleged misconduct.

[103] The issues in relation to costs incurred in connection with a software purchase appeared to have been discussed at a much earlier stage and could not form a basis for a belief that there were reasonable grounds for termination as at the relevant time.