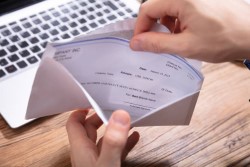 The Fair Work Commission, when determining whether the termination of an employee’s employment on the ground of genuine redundancy is a jurisdictional defence to an unfair dismissal claim will not review the operational wisdom of the employer’s decision and second guess the employer on this point.

“A Full Bench relevantly describes the consideration as follows:

“in relation to s.389(1)(a), it is necessary to state at the outset that consideration of whether the employer no longer required the person’s job to be performed by anyone because of changes in the operational requirements of the enterprise does not involve a merits review of the employer’s decision to make the person’s job redundant. It is not to the point that it may have been open to the employer to make a different operational decision which may have allowed the relevant employee’s job to be retained. As was stated in Low v Menzies Property Services Pty Ltd, “Whether it was objectively fair or justifiable to decide to abolish a position is beside the point, as long as the employer acted as it did because of changes in its operational requirements.”9 What s.389(1)(a) requires is for findings of fact to be made as to whether, firstly, the employer has made the decision that the relevant employee’s job is no longer required to be performed by anyone and, secondly, whether that decision was made because of changes in the operational requirements of the enterprise. If there was an ulterior motive for the decision – that is, if the real reason for the decision did not genuinely relate to any change in operational requirements, whatever the ostensible reason may have been – then it will not be possible to make the second finding of fact. However once these findings of fact are made, the element of the genuine redundancy definition contained in s.389(1)(a) is satisfied and no further inquiry is necessary.” 21(Christina Adams v Blamey Community Group [2016] FWCFB 7202 at [14].)