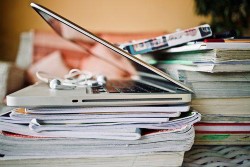 In cases in Australian civil courts the pre-trial tool of obtaining orders from the court for the opponent to produce relevant documents about the issues in the trial of the case to the opposing party is a very powerful forensic tool and often is the difference between winning or losing the case. The same is true in cases in the Fair Work Commission, provided that the orders only relate to relevant documents.

Here are the principles from an extract from a case on point.

“[1] On 13 April 2022, Mr Garth Mangan (Applicant) made an application to the Fair Work Commission (Commission) under s.394 of the Fair Work Act 2009 (Cth) (FW Act) for a remedy, alleging that he had been unfairly dismissed from his employment with BHP Coal Pty Ltd (Respondent).

[2] On 13 June 2022, the Applicant made an application to the (Commission) under s.590(2)(c) of the FW Act seeking orders for the production of documents that, it claims, are relevant to his case.

[3] The Applicant seeks the production of documents in the following categories:

[4] The Applicant argued that the documents were relevant to the matters the Commission was required to determine and submitted as follows:

“The documents are being sought because the Respondent’s failure to properly particularise the Applicant’s alleged conduct or provide probative evidence supporting the allegations which the Applicant was initially advised of by way of email on 12 January 2022.

The documents relied upon by the investigator Dianne Cubbins, or any other person, when making their findings are being sort due to the lack of information provided in the allegations allowing the Applicant to provide a cogent response to the allegations raised especially in circumstances where his employment could be terminated. Some of the allegations were historic in nature and only 3 of the 20 allegations put to the Applicant provided a specific day as to when an incident occurred. The other 17 allegations only referenced that there was an incident which occurred on or around a month and year. No names were provided as to who the Applicant purportedly said the statement to for any of the Allegations.

Due to the historic nature of a number of the allegations and the failure of the Respondent to properly particularize the alleged conduct, the Applicant has suffered significant prejudice.

“Where a fact needs to be established, and that fact is contested, the Commission will determine the question on the balance of probabilities (i.e. whether it is more likely than not). In considering the evidence, the Member may seek further information from the parties, but will not rely solely on statements made from the bar table, unless those statements are unchallenged. Members may inform themselves in relation to matters before them as they consider appropriate, including by, inter alia, requiring a person to provide copies of documents or records, or to provide any other relevant information to the Commission.”

The Applicant submits that the Commission can be satisfied that in making the orders sought by the Applicant, it will allow the Applicant to fairly put his case.”

[5] The Respondent submitted that it was prepared to provide the documents in Categories One and Four subject to an order being made by the Commission but otherwise objected to the production of the remaining documents requested on the grounds of confidentiality, that some may qualify for protection under the Corporations Act and the Respondent’s Whistleblower Policy and that it was not in the interests of justice to do so.

[6] Attempts to resolve the production issues through a conciliatory process were unsuccessful. This decision addresses the ‘production’ application.

“that in considering whether to exercise its discretionary power to require production of documents under s 590(2)(c) of the FW Act the Commission will be guided by the practice followed by courts in civil proceedings when issuing subpoenas. In short compass, the test is whether the documents sought have an apparent relevance to the issues in the proceedings. 10 In this regard a Full Bench of the Commission in Kennedy v Qantas Ground Services Pty Ltd11 observed:

[9] The following passage from the Full Court’s decision in Wong v Sklavos9 is often cited in relation to apparent relevance:

“… The test for apparent relevance has been described as having a low threshold. A document or class of documents may satisfy that threshold if it gives rise to a line of enquiry relevant to the issues before the trier of fact: Hooke v Bux Global Limited (No 2) [2018] FCA 836 at [38], citing Boase v Axis International Management Pty Ltd (No 3) [2012] WASC 498 at [11]. What is involved then is a question about reasonable likelihood, not possibility: Chief Executive Officer of Australian Transactions Reports and Analysis Centre v TAB Ltd [2016] FCA 122 at [40] citing Seven Network Ltd v News Ltd (No 11) [2006] FCA 174 at [6].”

[11] The Full Court 13 further reinforced that confidentiality is not of itself a reason to set aside a subpoena:

“The documents sought by Dr Sklavos are undoubtedly of a confidential kind and it is very understandable that the appellants wish to protect that confidentiality. However, as is well established, confidentiality is not of itself a reason to set aside a subpoena: Hospitality Group Pty Ltd v Australian Rugby Union Ltd (2001) FCA 1040; (2001) 110 FCR 157 at [80]-[83]. King CJ observed in Alliance Petroleum Australia NL v The Australian Gaslight Company (1983) 34 SASR 215 at 239 that it is commonly the case that “the risk to the confidentiality of the information must be tolerated in the interests of the administration of justice”.”

[12] The Full Court accepted that the confidentiality of the documents sought is nonetheless one of many factors to be considered. The Full Court cited the following passage from Apache Northwest Pty Ltd v Western Power Corporation 14 with approval:

“The next issue is that relating to confidentiality. There is, no doubt, some need in this matter to balance competing interests. In the end, however, the public interest in the administration of justice should prevail …

Her Honour, rightly in our view, found herself unable to ascribe any public interest to the confidentiality of the documents in question in the present case, however much it may be in the appellants’ individual interests. She did, however, accept that, although, standing alone, confidentiality is not a ground for refusing to issue, or for setting aside, a subpoena, it is a factor which is to be taken into account, together with those tests for oppression which are determined by reference to the breadth of the subpoena, the definition of the documents involved and the type and degree of burden placed upon those to whom the subpoena is addressed. She also accepted that the relevance of the confidential documents being sought to the issues in the arbitration is a further factor” 15

………………………………………[25] I am also cognisant of the words of the Full Bench in Kennedy v Qantas Ground Services in that the documents sought appear to be exploring if there is a supportable basis for the case that might be potentially advanced rather than supporting a case which is intended to be advanced without further particularity.

[26] Additionally, albeit weighing only slightly against the making of such an order, the broad nature of the orders sought are likely to capture the private and confidential information of third party individuals which do not have a nexus to the apparent relevance of the issues in question and are likely to cause an oppressive amount of work if I were to order that such information be redacted.