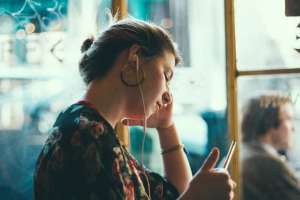 Unfair dismissal; when a demotion will be a dismissal

As a general principle, conduct by an employer which constitutes “a serious non-consensual intrusion on the nature of the employee’s status and responsibilities in a way which is not permitted by the contract” of employment will be regarded as a termination of employment at the initiative of the employer and thus a dismissal for the purposes of the Fair Work Act, even where the employer does not expressly dismiss the employee.

“In determining whether Mr Whitfield was “terminated on the employer’s initiative” I take into account that this expression is concerned with the termination of the employment relationship, not the employment contract. 21

Mr Whitfield relies on two primary issues to advance his submission. Firstly, the decision to remove him as a leading hand and secondly the absence of any action by the employer in the days after 26 July to offer him shifts in his former job (as leading hand) once Mr Currie cooled down.

I accept Mr Currie’s evidence that he did not intend to end the employment relationship. He intended to remove leading hand responsibilities from Mr Whitfield but otherwise continue to employ him on his pre-existing terms, with his agreement. In his evidence, Mr Currie put it this way: 22

“I believe that he resigned that day. I know for damn sure that I didn’t fire him or say that he was going to take a pay cut or be put on casual, nothing like that was never ever said. It wasn’t a thought. It was always to continue working with him to try and get him back to that point where he could effectively lead a team that we would rebuild. I just never fired him.”

However, it is well established that an employer may by conduct dismiss an employee and end the employment relationship by materially and unilaterally altering contractual terms relating to pay, conditions or duties if such changes are to fundamental or essential terms. At law, this is described as the doctrine of repudiation of contract.

If Tree Ninja did in fact repudiate Mr Whitfield’s contract of employment it would be open for the Commission to find that it engaged in conduct that terminated the employment relationship on its initiative.

The concept of contractual repudiation in an employment context was summarised by a full bench of the Commission in City of Sydney RSL & Community Club v Balgowan 23 as follows:

“The question whether there has been a repudiation of the contract of employment is determined objectively, it is unnecessary to show a subjective intention to repudiate and is a question of fact not law. Relevantly, for present purposes, repudiation may exist where an employer reduces the wages of an employee without the employee’s consent or where there is a serious non-consensual intrusion on the nature of the employee’s status and responsibilities in a way which is not permitted by the contract. Similarly, if an employer seeks to bring about a change in the employee’s duties or place of work which is not within the scope of the express or implied terms of the contract of employment, the conduct may evince an intention to no longer be bound by those terms. Therefore, in these circumstances if an employee does not agree to the change, which if agreed would amount to a variation of the contract, the employee may claim to have been constructively dismissed.”

More recently, in the context of employee repudiation, a full bench said: 24

“The test for repudiation is whether the conduct of the employee is such as to convey to a reasonable person, in the position of the employer, renunciation either of the contract as a whole or of a fundamental obligation under it. The issue turns upon objective acts and omissions and not on uncommunicated intention.”

“The test is whether the conduct of one party is such as to convey to a reasonable person, in the situation of the other party, renunciation either of the contract as a whole or of a fundamental obligation under it.”

I now apply these principles to the facts before me.

Was the employer’s decision to unilaterally withdraw leading hand responsibilities from Mr Whitfield a repudiation of his contract of employment?

Mr Whitfield’s written contract of employment is the one dated 1 June 2017 in which he agreed to work full time as a “ground crew / climber”. 26

When Mr Whitfield was promoted to leading hand in March 2018 it was an offer made verbally and an offer accepted verbally. There is no evidence before me of that offer and acceptance being in writing. However, contractual principles recognise verbal agreements (with consideration) as being able to lawfully vary written contracts. This is the construction I place on Mr Whitfield’s promotion to leading hand in March 2018. It was a lawful variation of the 1 June 2017 contract, a variation whereby two contractual conditions were varied: Mr Whitfield’s duties as “ground crew / climber” were expanded by adding the title and responsibilities of leading hand, and in return his gross salary was increased to $58,000 per annum plus superannuation.

This was the status of Mr Whitfield’s contract of employment at the commencement of the disciplinary meeting on 26 July 2018.

A repudiation of this contract would have occurred if Tree Ninja’s conduct was, in the words of the Commission in Balgowan, “a serious non-consensual intrusion on the nature of the employee’s status and responsibilities in a way which is not permitted by the contract.”

I do not determine this question by reference to Mr Currie’s subjective intention (to not terminate the employment relationship). The law requires this question to be determined objectively. However I do take into account that Mr Whitfield’s contractual remuneration was not altered and that his terms and conditions of employment and duties were otherwise unaltered (except for the leading hand issue).

However, I am satisfied that unilaterally removing a contractual right to be employed as a leading hand was the removal of a fundamental right under his contract of employment. A leading hand, even in a small crew, has a materially enhanced status, role and responsibility. It had been, since March 2018, the new description of Mr Whitfield’s employment not just in title but in substance.

Accordingly, I conclude that Mr Whitfield’s contract of employment was repudiated by Tree Ninja’s unilateral decision made on 25 July and communicated on 26 July.

I am also satisfied that Mr Whitfield only stood up and handed back his work phone and work credit card once the decision to remove him as leading hand had been made and communicated.

I conclude that this was a dismissal on the employer’s initiative. Although Mr Currie wanted the employment relationship to continue, he was in fact advancing a new proposal, one which required Mr Whitfield’s agreement. This finding is supported by the terms of Mr Currie’s text of 9 August 2018 when he said to Mr Whitfield: 27

“After I told you that you would be no longer continuing as supervisor, and given the reasons why, I was about to propose a new agreement.” (my emphasis)

In these circumstances I am satisfied that Mr Whitfield was terminated “on the employer’s initiative” within the meaning of section 386(1)(a) when he was advised that he would be removed from his job as leading hand. Hence he was, under the FW Act, dismissed.”