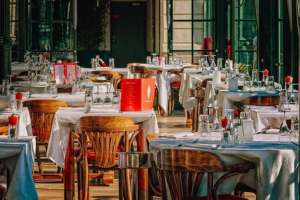 Under the Fair Work Act casual employees are protected from unfair dismissal if they have completed a period of employment of at least 6 months, or 12 months in the case of employment with small business employers, provided that the employment has been on a “regular and systematic basis”.

How is the notion of a “regular and systematic” basis tested?

It was common ground that the concept of employment on a “regular and systematic” basis had been drawn from provisions found in regulations under the Workplace Relations Act 1996 (Cth), particularly reg 30B, and this concept has been considered by industrial tribunals in a number of cases.

[31] Their Honours noted that:

…it is the “engagement” that must be regular and systematic; not the hours worked pursuant to such engagement.

[32] Relevantly, their Honours observed in relation to the meaning of ‘regular’ that:

The term “regular” should be construed liberally. It may be accepted, as the Magistrate did, that it is intended to imply some form of repetitive pattern rather than being used as a synonym for “frequent” or “often”. However, equally, it is not used in the section as a synonym for words such as “uniform” or “constant”.

and formed the view that the pattern of engagement of the individual in question over the years from 1995 to 2002 satisfied this description.

[33] In respect of the meaning of ‘systematic’, their Honours held:

The concept of engagement on a systematic basis does not require the worker to be able to foresee or predict when his or her services may be required. It is sufficient that the pattern of engagement occurs as a consequence of an ongoing reliance upon the worker’s services as an incident of the business by which he or she is engaged. In the present case, the systematic nature of the engagement is evident from the constant pattern that was maintained over the years, the fact that payments were not made at the completion of each job but left until the respondent needed money or it was otherwise convenient, and the appellant’s ongoing reliance upon him as evidenced by such matters as his authorisation to buy goods on the appellant’s behalf and the provision of Christmas bonuses.

[34] Madgwick J concurred with the majority. In a separate judgement, his Honour considered examples provided in the relevant statute of ‘individuals who are workers’ concluding that ‘the meaning to be ascribed to (the deeming provision) is conditioned by the examples.’  Accordingly, his Honour stated:

It is clear from the examples that a ‘regular … basis’ may be constituted by frequent though unpredictable engagements and that a ‘systematic basis’ need not involve either predictability of engagements or any assurance of work at all.

Engagement under contracts on a ‘systematic basis’ implies something more than regularity in the sense just mentioned, that is, frequency. The basis of engagement must exhibit something that can fairly be called a system, method or plan (cf the definition of ‘systematic’ in the Macquarie Dictionary, revised 3rd edn, 2001).

[35] The finding as to whether employment is regular and systematic is a discretionary one having regard to the totality of the evidence. Setting out factors which dictate a finding one way or another is to be avoided, particularly so given the Act is silent as to the matters to be considered.” (citations removed)

[23] It is clear that the Applicant’s hours did vary somewhat from week to week. However, that does not lead to an inevitable conclusion that that the Applicant’s casual employment was not regular or systematic. In Cori Ponce v DJT Staff Management Services Pty Ltd T/A Daly’s Traffic 8 (Ponce) Roe C stated as follows:

[24] While the Applicant’s hours of work may have varied from week to week the pattern of work did have the following features:

[25] The pattern of engagement could not, in my view, be described as irregular or occasional even though the actual days and hours worked each week varied. The fact that her hours fluctuated and did not approximate the hours of a full-time employee, is not fatal for the purpose of establishing a “regular and systematic” pattern.

[26] I have found it unnecessary to consider in detail the entire period of casual engagement of the Applicant for the purpose of establishing “regular and systematic” engagement, although the entire period serves to reinforce the pattern of regular weekend work that I have described above. I am satisfied that the Applicant was clearly engaged as a casual employee on a “regular and systematic” basis.

[28] The full period of casual employment of 4 years and 8 months is particularly relevant in considering whether the Applicant could have had a reasonable expectation of continuing employment. That period during which she maintained her casual employment, combined with the “regular and systematic” nature of her employment and the absence of any performance issues, would in my view lead to an entirely reasonable expectation on the part of the Applicant of continuing employment.

[30] The jurisdictional objection of the Respondent is dismissed.”