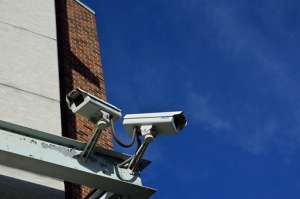 The NSW Workplace Surveillance Act prohibits the covert surveillance of employees in the workplace.  A Full Bench of the Fair Work Commission has granted reasonably rare leave for permission to appeal an unfair dismissal case decision on the basis that it is arguable that the Commissioner who decided the case erred by deciding that a recording of workplace surveillance of an incident upon which the dismissal was based was taken without the employee’s consent and was thus unlawful. The Commissioner thus refused to admit the footage into evidence.

On appeal the employer argued that even if consent was required and even if it was not obtained the Commissioner had a discretion to admit in into evidence and that in failing to do so there was an appealable error.

Secondly, s 590 of the Act empowers the Commission, in relation to any matter before it, to inform itself in any manner the Commission considers appropriate. There is no limitation or restriction on that inquiry, including presumably, by permitting the Commission to accept evidence that may, or may not, have been obtained illegally, under the WS Act, or as defined in s 138 of the Evidence Act 1995 (Cth) (the ‘Evidence Act’). The Evidence Act does not exclude all evidence that has been obtained illegally or improperly from being admitted. Rather, s 138 allows such evidence to be admitted, provided it is more desirable than undesirable to do so. Section 138 reads as follows:

(1)  Evidence that was obtained:

(a)  improperly or in contravention of an Australian law; or

(b)  in consequence of an impropriety or of a contravention of an Australian law;

(a)  did, or omitted to do, an act in the course of the questioning even though he or she knew or ought reasonably to have known that the act or omission was likely to impair substantially the ability of the person being questioned to respond rationally to the questioning; or

(a)  the probative value of the evidence; and

(b)  the importance of the evidence in the proceeding; and

(d)  the gravity of the impropriety or contravention; and

(e)  whether the impropriety or contravention was deliberate or reckless; and

(f)  whether the impropriety or contravention was contrary to or inconsistent with a right of a person recognised by the International Covenant on Civil and Political Rights; and

(g)  whether any other proceeding (whether or not in a court) has been or is likely to be taken in relation to the impropriety or contravention; and

(h)  the difficulty (if any) of obtaining the evidence without impropriety or contravention of an Australian law.”

In any event, the Commission is not bound by the strict rules of evidence and the Evidence Act, while a useful guide, would not ordinarily be strictly applicable to matters before the Commission. Accordingly, we consider that an arguable case has been established that the Commissioner’s finding that the inadmissibility of the CCTV footage, because it was said to have been illegally obtained, was an error. The error may have altered the outcome of the case, thereby constituting a significant error. Similarly, we express no final view of this matter.

Thirdly, s 14 of the WS Act provides for an exemption to the provisions of the WS Act where the employee has agreed to the carrying out of the surveillance on the premises. The appellant relies on the respondent’s knowledge of, and direct involvement in, the installation of the CCTV equipment, as his agreement, or at least, his ‘implied’ agreement, to the carrying out of the surveillance, which it submits satisfied the s 14 compliance exemption. It submits that the Decision disclosed no reason why the Commissioner rejected the appellant’s submissions in respect to the s 14 exemption argument. Moreover, it submits the evidence was contrary to the finding of the Commissioner, in that he did not accept that the respondent was aware of, and had been involved in, the installation of the CCTV equipment.

A failure to provide adequate reasons, including a failure to disclose the steps in the reasoning process which led to the decision maker’s conclusions, can be an error of law, if the decision maker is under a duty to give reasons. There is no doubt this duty applies to Members of the Commission. In Barach v University of New South Wales (2010) 194 IR 259, a Full Bench of Fair Work Australia (as the Commission was then styled) set out the principles on the duty of a Member to give adequate reasons for a decision. At [16], the Full Bench said:

“[16] The duty to give adequate reasons for decision has been considered on many occasions. Important public policy considerations underlie this duty. In particular, the reasons for decision must be sufficient to allow the parties to exercise such rights of appeal as may be available and to enable an appeal bench to determine whether or not error has occurred in relation to a decision. Consequently the reasons given must articulate the essential grounds for reaching the decision and must address material questions of fact and law in a manner which discloses the steps which lead to a particular result. However the reasons for decision of a tribunal member need not be lengthy or elaborate and need not spell out every detail in the reasoning process or deal with every matter of fact or law which was raised in the proceedings.”

It does not appear that the Commissioner provided any reasons for rejecting the appellant’s submissions on a significant matter of contention in the case. This was an apparent error. Further, we consider it arguable that the Commissioner’s discretion miscarried, if he did not give any weight, or sufficient weight to material matters which would tell in favour of the appellant’s arguments.

Fourthly, we are not aware of any single member decisions, let alone Full Bench authority, which have dealt with alleged non-compliance with the WS Act in the context of a summary dismissal under the Code. We consider this case raises new and novel issues in the Commission’s unfair dismissal jurisdiction, for which Full Bench guidance may be necessary. Permission to appeal should also be granted on that basis.

The parties will be shortly advised as to further proceedings and directions in respect to the disposition of the substantive appeal.”