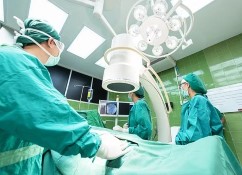 Workers compensation payments received after a termination of employment will be regarded as income received for the purposes of calculating compensation for unfair dismissal.

Consistent with the Decision of the Full Bench of the Commission in Sprigg v Paul’s Licensed Festival Supermarket 23 workers compensation payments are considered as moneys earned since termination and are deducted from remuneration that would have been received had the Applicant remained in employment for the estimated period determined for the purposes of s. 392(2)(c). Having regard to the workers compensation payments received by the Applicant, the total amount of remuneration received between the date of dismissal and the making of an order (if an order was made as a result of this Decision) is estimated as $23,836.08 (37 weeks at $865.68). This amount is equal to the amount determined as the remuneration the Applicant would have received if she had not been dismissed.