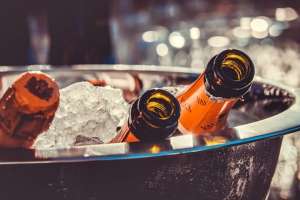 It is a regrettable modern fact that the conduct of staff at social functions, whether organized by an employer or not, and especially where alcohol is available, can be a recipe for disaster, and is an environment from which disciplinary action, even termination of employment can arise. And this can eventuate whether or not the event is on or off the employer’s premises, or in or out of working hours. What is the Fair Work Commission’s approach tothis issue?
Here is the answer.

“I am satisfied that any employer who decides to hold a Christmas party has an obligation to take reasonable steps to ensure appropriate standards of behaviour are maintained, and the safety of those attending is protected. However, I am also satisfied that any employee attending has a responsibility to act within reasonable bounds. I am not satisfied, in response, that Mr Vai can be said to have acted in this way. It is also instructive to compare the behaviour that led to his employment being terminated with the behaviour involved in the matter of Keenan( Keenan v Leighton Boral Amey NSW Pty Ltd [2015] FWC 3156.). Hatcher VP considered a range of behaviour in Keenan that the employer relied on to provide a valid reason for termination. However, he was of the view that several of those matters did not constitute a valid reason for termination. However he also had regard to other behaviour, which he described in the following terms:

“[121] To repeat, Mr Keenan said to Ms Stokes, in a manner that was entirely unprovoked, “What do you even do?”, and when Ms Stokes laughed in response, said “No seriously. Who the fuck are you? What do you even do here?”. I consider that to be, objectively speaking, aggressive, intimidatory and bullying behaviour on Mr Keenan’s part, particularly given that Mr Keenan was an intoxicated middle-aged male and Ms Stokes was a much younger and smaller female. The behaviour was intentional. The robustness of Ms Stokes’ response in simply turning and walking away from Mr Keenan does not diminish the seriousness of that behaviour. LBAJV’s policy against bullying did not give it a definition, but on any reasonable view Mr Keenan’s behaviour did constitute bullying (noting that we are not here concerned with the special legislative definition of bullying in s.789FD of the FW Act).” 72

Hatcher VP indicated in conclusion, “I consider that this constituted a valid reason for the dismissal.” 73

I do not seek to take issue with the Vice President’s conclusions in this regard, or his views about the behaviour involved. However, I am satisfied that Mr Vai’s behaviour in the present matter was just as significant and serious, if not more so, given the potential for significant physical injury to have resulted. I am satisfied, in conclusion, that in all the circumstances ALDI had a valid reason to dismiss Mr Vai.”