Unfair dismissal and the issue of an employee’s insight 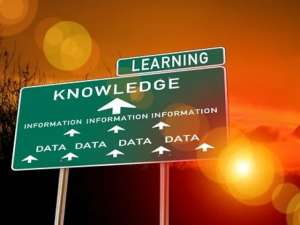 “An employee does not have the right to silence (this is not a criminal investigation) or to be uncooperative in meetings to discuss allegations against them. It is incumbent on an employee to be completely honest and cooperative during meetings and an investigation into their behaviour. A failure to do so invites a finding that there can be no trust and confidence in the employment relationship; see: Streeter v Telstra Corporation [2008] 270 IR 1 and Dissanayake v Busways Blacktown Pty Ltd [2011] FWA 3549. Ms Puth denied saying ‘no comment’ in answer to Mr Edwards’ question. Whether she said ‘no comment’ or just remained silent, amounts to the same thing, and exacerbates the concerns the employer had as to continuing the employment relationship.

[172] Secondly, in Hilder v Sydney Trains [2019] FWC 8412, I referred to a decision which is relevant to a question of the reinstatement of an employee where a valid reason is found for the employee’s dismissal. At [126] I said:

‘I refer to a recent Full Bench decision of the Commission in Hatnell v Esso Hatwell v Esso Australia Pty Ltd t/a Esso [2019] FWCFB 2895 which granted permission to appeal on two public interest grounds; one being:

‘(1) the appeal raises a significant issue of general application concerning the relevance to the evaluation of the appropriateness of reinstatement of a failure on the part of an unfair dismissal remedy applicant to apologise or acknowledge wrongdoing, in circumstances where there has been found to be a valid reason for dismissal based on the applicant’s misconduct’.

‘[28] Mr Hatwell’s first ground of appeal concerns the Deputy President’s conclusion that Mr Hatwell’s failure to apologise or acknowledge wrongdoing in respect of the misconduct which the Full Bench found constituted a valid reason for his dismissal was a matter which weighed determinatively against a finding that reinstatement was appropriate. It cannot in our view be reasonably contended that this was not a material consideration. In circumstances where Mr Hatwell had been found to engage in misconduct constituting a valid reason for his dismissal, but that there were mitigating factors which rendered the dismissal harsh, a critical issue was necessarily whether there were grounds for confidence that Mr Hatwell would, if reinstated, not engage in the same or similar conduct again having regard to the continuing presence of Mr Flens and other employees of the maintenance contractor at the Longford site. The role of an apology or an acknowledgment of wrongdoing in that context was explained in the Full Bench majority decision in Mt Arthur Coal Pty Ltd v Jodie Goodall as follows:

“[78] The primary issue which arose for consideration before the Commissioner in respect of remedy was whether there were proper grounds for confidence that Mr Goodall would, if reinstated, never again engage in conduct of the type which occurred on the night shift of 10-11 November 2015. That confidence was what was necessary to make the employment relationship workable. As we have already stated, the Commissioner with the advantage of having seen and heard Mr Goodall give his evidence was persuaded that he had a sufficient understanding that his conduct was inappropriate, unacceptable and not to be repeated. Nothing which has been put to us by Mt Arthur Coal has articulated a proper basis for the Commissioner’s findings in this respect to be disturbed on appeal. That being the case, there was a reasonable and rational basis for the Commissioner to conclude that Mr Goodall would be able to regain the trust of his colleagues and thereby re-establish a viable working relationship.”

[29] The circumstances of the proceedings here meant that once the question of remedy was remitted by the Full Bench to the Deputy President for determination, Mr Hatwell had the opportunity to give evidence, or make a statement via his counsel, to demonstrate that he understood that the conduct which was found to constitute a valid reason for his dismissal was “inappropriate, unacceptable and not to be repeated” such as to form a basis for confidence that a viable working relationship could be re-established. This might have taken the form of an apology to Mr Flens, an acknowledgment that the conduct he was found to have engaged in was wrong, or a commitment to never engage in such conduct in the future and to treat fellow workers with respect. However Mr Hatwell declined to take advantage of this opportunity, and as a result we consider that it was reasonably open to the Deputy President to conclude, as he did, that this meant there was a risk of a recurrence of the behaviour if reinstatement was granted, and to treat this as a matter of determinative weight.’”