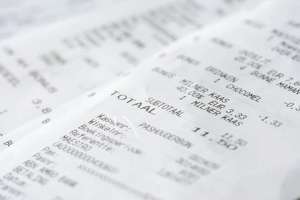 The following is a summary of an unfair dismissal case of the Fair Work Commission which can be located in its latest quarterly practitioner update and which involves a good analysis of the high income threshold principles.

“The respondent in this matter raised a jurisdictional objection to the unfair dismissal application. The respondent was contesting the eligibility of the application on the basis that the applicant was not a person protected from unfair dismissal by virtue of his annual earnings and the high income threshold. The applicant was paid a remuneration package which included an annual base salary of $143,780.00, superannuation contributions at the rate of 12.5% of the annual base rate, car allowance and an incentive bonus.

The Commission considered whether the excess superannuation and the excess car allowance were to be included as earnings for the purposes of calculating the applicant’s rate of earnings. The Commission gave consideration to Sam Technology in which car allowances paid in circumstances similar to this case were capable of being considered to form part of the annual rate of remuneration.

The Commission further considered the application of ss.332(2)(c) and (4) of the Fair Work Act and found that the excess superannuation contributions were not excluded by virtue of s.333(2)(c), and formed part of the annual rate of remuneration for present purposes. The Commission found that the applicant’s annual rate of earning at the time of his dismissal totalled $168,355.00, including annual base salary, excess superannuation contributions and excess car allowance. The applicant’s annual rate of earnings was in excess of the high income threshold. The Commission upheld the respondent’s jurisdictional objection and dismissed the unfair dismissal application.”