Unfair dismissal and support persons; can the employee choose? 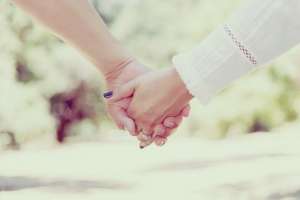 Can an employer refuse a particular support person?

Sec 387(d) of the Fair Work Act requires the Fair Work Commission, in an unfair dismissal case, to consider a number of particular matters when determining whether the dismissal of the employee was harsh, unjust and unreasonable.

One of those express matters is whether there was any unreasonable refusal by the employer to allow the employee to have a support person present “to assist any discussions relating to the dismissal”.

There are many cases of the Fair Work Commission about the role a support person may play in such a meeting, and there is little doubt that an employer is within its rights to prohibit the support person to participate as an advocate.

But can the employer refuse the presence of a particular support person nominated by the employee?

The answers is yes in particular circumstances.

In Trembath v RACV Cape Schanck Resort [2017] FWC 4727 , Ms Trembath asked a co-worker to be her support person in a meeting to discuss allegations of serious misconduct against her. However, the employer refused to allow Ms Trembath’s nominated support person to be involved in the meeting on the basis that the co-worker, having been involved in the factual circumstances, would themselves have an interest in the meeting, resulting in a conflict of interest.

Commissioner Wilson agreed that this was a “reasonable” refusal by the employer to allow the employee her preferred support holding that It is not unreasonable to restrict co-workers from being support persons if they will or might have any involvement in the matter at hand (e.g. as a witness in an investigation or formal hearing of any kind). In that case, there is a risk that any evidence they might later give will be seen to have been compromised by things they have seen and heard in relevant meetings.

The Commissioner also suggested that it is rarely (if ever) a good idea to have management involved as a support person because they are unlikely to actually provide the support an employee needs in these situations on account of a hopeless conflict between the role a support person is supposed to perform and their management role, as representative of the employer.