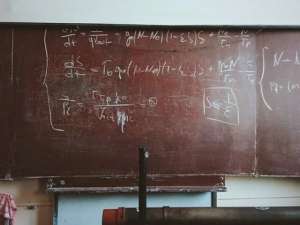 The Fair Work Commission will not respect the view of an employer which loses an unfair dismissal case and opposes reinstatement on the basis of an argument that it has lost trust and confidence in the employee where the employer’s view is based upon an unsustainable premise.

Reinstatement is the primary remedy provided for in respect of unfair dismissals under the FW Act in the sense that s 390(3)(a) requires that there be a finding that reinstatement is inappropriate before consideration can be given to the award of compensation. 14 Accordingly, in respect of remedy, the primary issue which must be considered is whether it would be appropriate to make an order for Mr Tracey’s reinstatement. In considering whether to exercise its discretion in favour of the making of an order of reinstatement, the Commission will treat as an important consideration whether the necessary trust and confidence for a workable, viable and productive employment relationship can be restored.15

In this case, a number of witnesses for BP expressed the view that the necessary trust and confidence had been destroyed and accordingly that Mr Tracey should not be reinstated. However those views were founded upon a characterisation of the video as having likened members of BP’s negotiating team and management to Nazis. Because we have found that it was not reasonably available to characterise the video in that way, we do not place much weight upon those views. Certainly reinstatement would involve Mr Tracey working under the managers who participated in the enterprise agreement negotiations and who may have perceived themselves to have been the subject of criticism in the video. However the evidence is that his day-to-day interactions with them are limited, and in any event we consider that Mr Tracey’s prior record of employment suggests that he will have no difficulty in re-establishing himself as a productive and cooperative member of the workforce at the Kwinana refinery. Because reinstatement will clearly be the most effective remedy for Mr Tracey’s unfair dismissal, and there is no substantial impediment to the restoration of a workable employment relationship, we will order that BP reinstate Mr Tracey within 14 days from the date of this decision pursuant to s 391(1)(a) of the FW Act. We will also make orders pursuant to s 391(2) to maintain the continuity of Mr Tracey’s employment and the period of his continuous service with BP.”