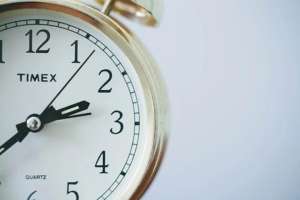 There are various implications under the Fair Work Act depending upon whether the work of an employee is “regular and systematic”. In a recent appeal decision the Fair Work Commission has emphasized that this concept involves an analysis of whether the “engagement” the an employee satisfies that concept and not whether the pattern of hours does so. Here is an extract from the decision.

It is only necessary for us to consider and determine the third ground of Ms Greene’s appeal. It is apparent, we consider, that the decision here was attended by the same error of principle that was identified by the Full Bench in the recent decision in Chandler v Bed Bath N’Table. 12 In that decision, the Full Bench referred to the decision of the ACT Supreme Court in Yaraka Holdings Pty Ltd v Giljevic13, in which the court construed the expression “engagement, …on a regular and systematic basis” in relation to casual employment in s 11 of the Workers Compensation Act 1951 (ACT) and determined that while the expression required the engagement of the casual worker to be regular, the pattern of hours worked pursuant to the engagement did not necessarily need to be regular, predictable or assured. The Full Bench noted that Yaraka Holdings had consistently been applied to s 384(2)(a) of the FW Act, and identified the error in the decision under appeal in the following way:

“[11] In her application of s 384(2)(a) to the facts of the case, the Deputy President proceeded on the basis that it was necessary to identify a consistent pattern of engagement in the number of days worked each week, the days of the week worked and the duration of each shift in order to be able to conclude that the employment was regular and systematic. We do not consider this to be the correct approach.”

The Full Bench then went on to say:

“[14] By treating the degree of regularity in the pattern of hours worked by Ms Chandler as disclosed by Annexure A as the only or decisive consideration in the application of s 384(2)(a)(i) (rather than merely as one of a number of relevant considerations in the analysis), we consider that the Deputy President misconstrued the provision. This erroneous approach resulted in the Deputy President failing to take into account a number of matters which pointed to a different conclusion, including Ms Chandler’s contract of employment and the rostering system adopted by BBNT.”

This was a fundamental error of principle which has unfairly denied Ms Greene the opportunity to pursue her unfair dismissal application. We consider that the grant of permission to appeal would be in the public interest for the purpose of s 400(1) of the FW Act. We grant permission to appeal, uphold the appeal and quash the decision.”