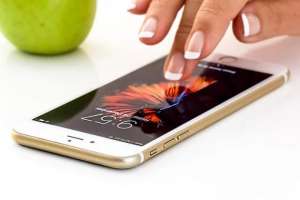 I am not a fan of the Fair Work Commission’s blanket prohibition against employees covertly recording conversations with employers and its tendency to regard such conduct as warranting and supporting dismissal. This trend is evident in many cases of the Commission, whether the employer has policies on the point or not.

It is expressly lawful in Western Australia for example for an employee to secretly record a conversation to which the employee is a “principal party to the private conversation ………………. (which) is reasonably necessary for the protection of the lawful interests of that principal party”; sub sec 5(3) Surveillance Devices Act 1998 WA.

Thus it is perfectly lawful in Western Australia for an employee to covertly record a conversation to which he or she is a party if to do so is “reasonably necessary for the protection of the lawful interests of the employee.

Of course different considerations apply to recording telephone conversations. That is a serious offence under Commonwealth telecommunications laws.

Here is an extract from a recent unfair dismissal case in which the Commission proceeds as if the contrary is a rule of law.

“ Taking into account all of the circumstances, I am satisfied that the covert recording of the conversations with Ms. Faill and Ms. Dowlan is a valid reason for dismissal. It was not the reason relied on for the dismissal and could not have been as the employer was unaware at the time the recording had taken place until the filing of materials in this matter. Whilst the Applicant did not intend to harm the employer by making the recording, she could have achieved the same objective by advising that she was making the recording. I am not satisfied that the Applicant was genuinely fearful of Ms Faill. Covert recording of the conversations was inappropriate and damaging of a relationship of trust and confidence with the employer. This is a factor weighing against a finding that the dismissal was unfair.”…………………………………………

Is the Commission satisfied that the dismissal of the Applicant was harsh, unjust or unreasonable?

[147] I have made findings in relation to each matter specified in s.387 of the FW Act as relevant.

[148] I must consider and give due weight to each as a fundamental element in determining whether the termination was harsh, unjust or unreasonable. 93

[149] In this matter, I am satisfied that there was a valid reason for the termination of the Applicant’s employment, that being the recording of the conversation with Ms Faill and Ms Dowlan. This weighs against a finding of unfairness. However, the Applicant was not notified of the valid reason nor given an opportunity to respond and was effectively denied an opportunity to have a support person as a result of the botched process of effecting the dismissal. The effect of the dismissal on the Applicant has been significant. All of these factors weigh towards a finding of unfairness.

[150] Having considered each of the matters specified in s.387 of the FW Act, I am satisfied that the dismissal of the Applicant was unreasonable because she was not notified of the reason and did not have an opportunity to respond to the reason for dismissal and was effectively denied the opportunity for a support person. It was harsh because of the significant impact the dismissal has had on her in circumstances where she had entered into a significant financial commitment to buy property and has had considerable difficulty finding alternative employment.

[151] I am therefore satisfied that the Applicant was unfairly dismissed within the meaning of s.385 of the FW Act.”